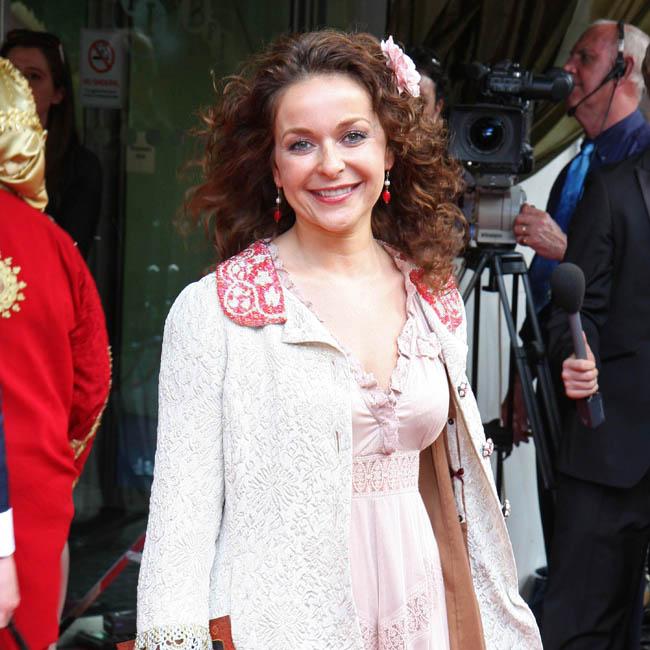 Julia Sawalha has accused the "creatives" behind 'Chicken Run 2' of ageism, after she was told her voice sounded "too old" to reprise the role of Ginger.

The 51-year-old actress voiced the main character in the original 'Chicken Run' movie in 2000, and had been hoping to return to her role after two decades for the recently announced sequel, which Aardman Animations is creating for Netflix.

However, she has now claimed she won't be voicing Ginger again, and blamed the decision on ageism, as she alleges executives want to cast a "younger actress".

In a lengthy message posted to Twitter, Julia wrote: "Last week I was informed out of the blue, via email, through my agent that I would not be cast as Ginger in the Chicken Run sequel. The reason they gave is that my voice now sounds 'too

old' and they want a younger actress to reprise the role."

Julia says she sent producers a voice test to prove she still has the same range she did 20 years ago, but was told they would be recasting her role anyway.

She added: "Usually in these circumstances, an actress would be given the chance to do a voice test in order to determine the suitability of their pitch and tone, I however was not given this opportunity.

"Today I received a very kind and thoughtfully written response from one of the creatives, outlining their decision, most notably saying 'Some of the voices (not yours, I agree) definitely sound older'. However, they stated 'We will be going ahead to re-cast the voice of Ginger'. (sic)"

The actress went on to state she feels "unfairly dismissed" from the production, which will also be recasting Rocky, who was originally voiced by Mel Gibson.

She continued: "I received my letter of dismissal the day before it was announced that the 'Lone Free Ranger' had been axed from the sequel and that the character of Rocky was to be re-voiced. The reason given was that his voice is now too old. I feel I have been fobbed off with the same excuse.

"I went to great lengths to prove to the production that my voice is nigh on the same as it was in the original film. If they will be using some of the original cast members...let's be frank, I feel I have been unfairly dismissed. (sic)"

Julia feels "devastated and furious" to be ousted from her role, but wished the production team "the best of luck and the greatest success" with the sequel.

She closed her message: "To say I am devastated and furious would be an understatement. I feel totally powerless, something in all of this doesn't quite ring true. I trust my instincts and they are waving red flags.

"I am saddened that I have lost the chance to work with Nick Park and Peter Lord from whom I learnt so much. The three of us, together, created Ginger.

Today I responded by wishing the production the best of luck and the greatest success with the sequel. There is nothing more I can do, other than to thank all of you who loved and still love Chicken Run, as I do.