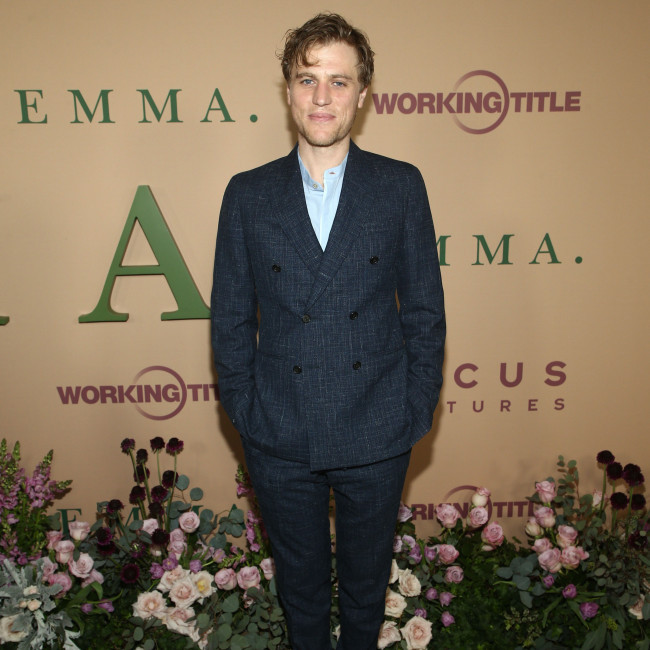 The 37-year-old actor plays the late music icon in the biopic, which follows Bowie on his first trip to the US in 1971 – a country where he is a virtual unknown – and believes that fans will get to see a different side to the 'Ashes to Ashes' singer.

Johnny said: "It's a David we don't really know. It's the David that is a bit of a failure. He's running away from things and is very fearful."

The movie sees Bowie haunted by the mental health issues suffered by his half-brother Terry Burns and Johnny was interested to explore the theme of madness in his portrayal of the star.

He told The I Paper: "It's heart-breaking; he was a huge figure for David. He introduced him to a lot of music.

"It's really interesting for me that he's written 'The Man Who Sold The World', which has underlying themes of madness. He's preoccupied with the state of his mind."

'Stardust' does not feature any of Bowie's music and the music legend's son Duncan Jones distancing the family from the project but Flynn is unconcerned about the lack of Bowie's back catalogue.

Johnny – the lead singer of band Johnny Flynn & The Sussex Wit – explained: "At this time he was quite often not singing his own songs. He was playing covers – Anthony Newley and Jacques Brel and The Velvet Underground."

Flynn added: "I'm never going to sound like David singing those songs you know so well ... You'd be better off listening to the records."

The 'Emma' star previously insisted that it didn't matter that director Gabriel Range wasn't given the rights to use Bowie's music.

He said: "From the start, Gabriel was not seeking the permission of the estate or the rights of the songs.