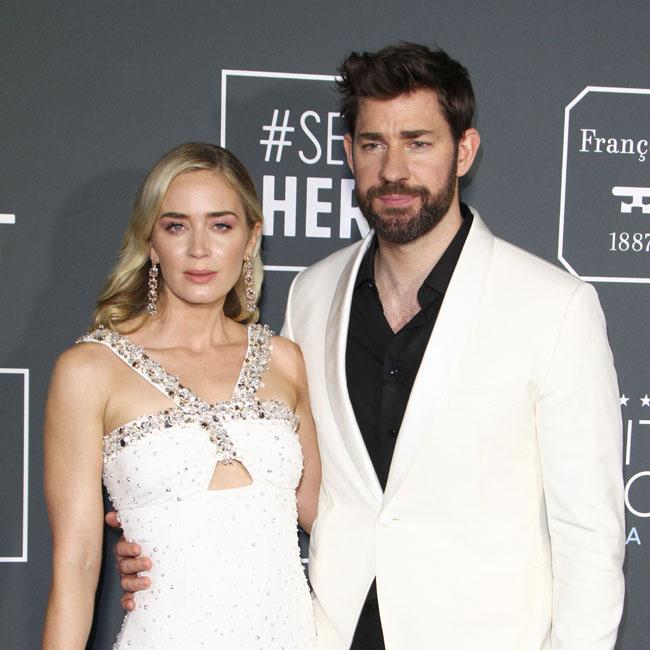 John Krasinski says Emily Blunt is "the most tremendous actress of our time".

The 'A Quiet Place Part II' filmmaker - who has written and directed the sequel and its predecessor - once again appears opposite his real life wife in the upcoming horror movie, and he has heaped praise on her skills as a performer.

He told 'Entertainment Tonight': "She is without a doubt the most tremendous actress of our time, in my opinion...

"She is the most incredible partner in writing and directing and set designs. She just has such good ideas.

"So, I actually felt like I had my partner in all things on set, not just the best actress in the world...

"Anything I can think of, she makes 10 times better so that's a pretty good weapon to have on set."

Krasinski will return as Lee Abbott in flashback sequences during the upcoming movie, while Blunt reprises her role as Lee's wife Evelyn, Millicent Simmonds and Noah Jupe back as their kids Regan and Marcus.

Although everyone has returned two years after the first film delighted movie-goers, Krasinski admitted he had to convince Blunt to return.

He recently explained: "It was a hard no from Emily. She said, 'You know what, how about this, why don't you write the script? And I'll just read it. And I'll let you know if I think it's something to do. Because I don't know how we match the first one.'

"[She said], 'I know exactly what you're trying to do, this is not a sequel. This is something bigger than that!' "