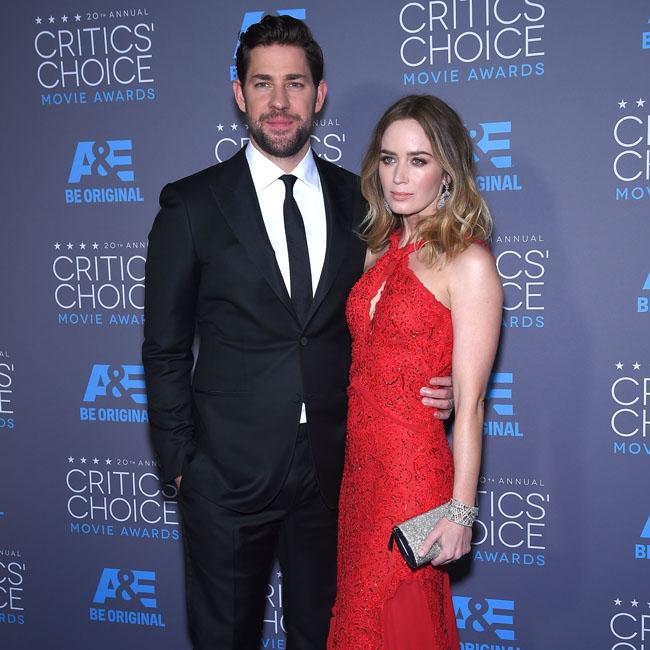 John Krasinski: A Quiet Place II is better than the original

John Krasinski thinks 'A Quiet Place II' is "better" than the original.

The 40-year-old actor starred in, directed, and wrote 'A Quiet Place' in 2018, and although he had originally vowed never to make a sequel, he now believes the upcoming second instalment is even better than the first.

He said: "I said I would never do a second one. Nothing could be as personal or be as organic to me as the first one, and turns out, I think I like this one better."

The second film focuses on the Abbott family as Evelyn Abbott - played by John's wife Emily Blunt - has been left alone with three children, including an infant, following the death of John's character Lee Abbott in the first movie.

And John has said the movie is about "growing up", as it follows the children - including Regan Abbot (Millicent Simmonds) and Marcus Abbot (Noah Jupe) - in a way that sees them fulfil the "hopes and dreams" of their parents.

He explained: "I needed to continue the themes that I started in the first one and I didn't know how to do that. The one idea I had was to make Millie [Millicent Simmonds] the lead of the movie, and in doing that, she gets to bring all these themes that my character had, Emily's character had, and these ideas of the hopes and dreams you have for your kids and how they fulfil them. So this is about growing up. This is about adolescence, and man, does she do a good job."

It's not just John who loves the sequel either, as his wife Emily admitted she was keen to return for the second movie because the stakes are much higher.

She said: "[Evelyn] now a single mother and how on earth is she going to keep these three children alive, one of which is a newborn baby? Where does she go? What does she do? So, I feel it's injected with even more harrowing set pieces and action sequences and who you meet along the way, how do you know you can trust them? She has the weight of the world on her shoulders."

And whilst John won't confirm if a third movie is in the works, he has claimed the sequel is a love letter to his fans.

Speaking in a joint interview with The Hollywood Reporter, he said: "The only reason why I would ever write this is I could figure out a way to make this movie worthy of all the love and respect the fans of the first one. This really is a thank-you note to them."