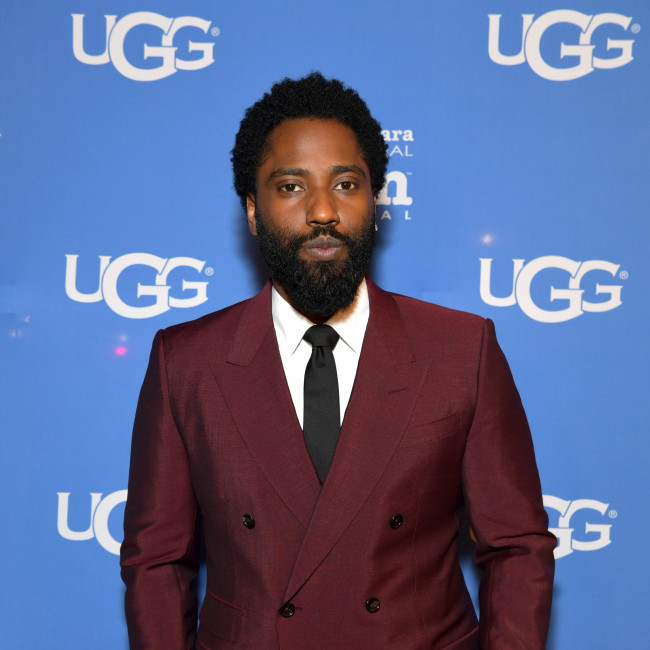 John David Washington was not "concerned" about the 12-year age gap between him and his 'Malcolm & Marie' co-star Zendaya.

The 36-year-old 'Tenet' star and the 24-year-old 'Euphoria' actress play the titular filmmaker and his girlfriend in the upcoming drama for Netflix.

And John has insisted Zendaya is a woman beyond her years and has "far more experience" in the movie industry than he does so he's been "learning" a lot from her.

He told Variety: “I wasn’t concerned about it because she is a woman.

“People are going to see in this film how much of a woman she is. She has far more experience than I do in the industry. I’ve only been in it for seven years. She’s been in it longer, so I’m learning from her. I’m the rookie.

“I was leaning on her for a lot.

“Some of the stories she’s shared about what she’s had to go through with Twitter and everything. I appreciated her wisdom and discernment when it comes to this business. I admire that.”

Heaping praise on the 'Greatest Showman' star and the flick's director, Sam Levinson, for the "versatility" they brought to the film, he added: “What I’m really excited for people to see when the film is released — they’re going to see how mature she is in this role. We’re talking about versatility, and Sam and Zendaya brought both."

The two stars quietly shot the film in Carmel, California, from 17 June to 2 July, 2020, after Zendaya contacted 'Euphoria' showrunner Sam to ask him if he could write and direct a movie during quarantine.

Within six days, he had written the story - which is said to have "echoes of" Netflix's 'Marriage Story' and features a number of social themes being experienced during the pandemic - and had John in mind to star opposite Zendaya.