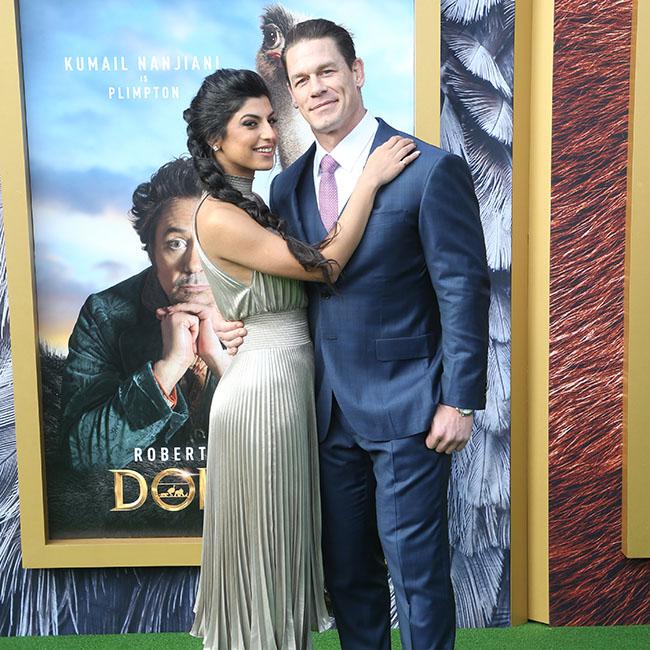 John Cena had "one of the best experiences" of his life working with Jackie Chan.

The WWE Superstar-and-actor appears alongside the martial arts icon in 'Project X-Traction', which is set to be released this year, and John admits he was sold on the project by the opportunity to work with the 'Shanghai Noon' star and was so grateful for the tips and advice Jackie gave him on set.

In an interview with Collider, John said: "It was enlightening and it was one of the best experiences in my life. It's f***ing awesome ... He has taught me and helped me in more ways than he will ever know in one experience... Usually I say I have to read a project to be riveted by it. That is one name where if it's like, 'Hey, Jackie wants to do this', I'm sold. It's that effective.

"He's this barrel of f***ing wisdom and he is trying to give it away and it's awesome. He's just awesome to be around."

The 42-year old grappler believes that Jackie, 65, is the greatest "physical storyteller" of his generation and compared his influence on film, in particular his unique stunt work, to that of silent movie stars Charlie Chaplin and Buster Keaton.

John - who is dating Shay Shariatzadeh - explained: "In the WWE, it's a trash-talking business but our stories are told physically, that's why it's so global. You could turn the volume off and be like, 'Good guy, bad guy. I get it.'

"Jackie is once-in-a-generation, maybe, possibly the last, just because of the way things are done and the way entertainment is skewing. He is certainly our generation's great physical storyteller.

"You talk Keaton and Chaplin and Chan is in that conversation and his process is just ... dude, I have goosebumps. It's awesome and at his age; he defies age. He defies time. He is always creative.

"No job is too small. He will sweep the floor. He treats his crew like family. I could waste every minute you have saying the praises of Jackie Chan and I believe he's underappreciated in America."