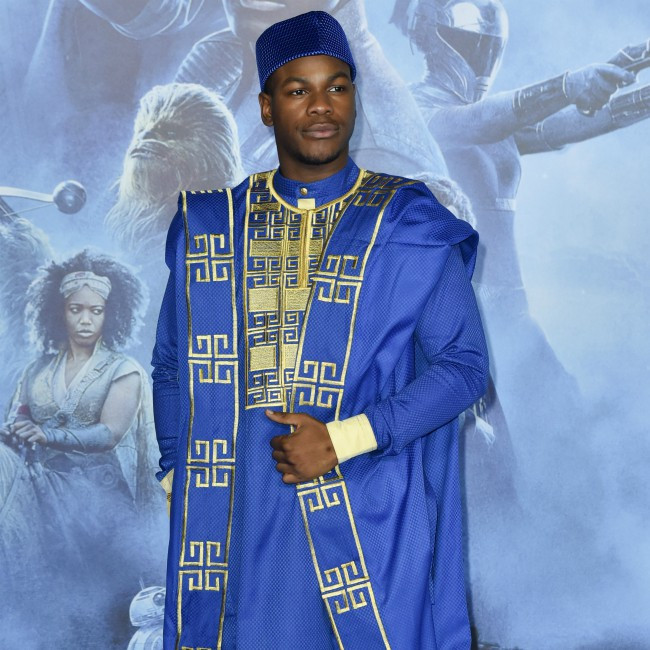 John Boyega is set to star in the upcoming indie drama '892'.

The 29-year-old actor - who played Finn in the 'Star Wars' sequel trilogy films - has joined the cast as a replacement for Jonathan Majors, after he withdrew from the project due to a scheduling conflict.

Jonathan, 31, was originally due to star in the drama, but was forced to back out because '892' overlapped with 'Ant-Man 3', according to The Hollywood Reporter.

His decision to withdraw from the project also prompted other stars to back away from the film.

At one stage, it appeared as though the drama would be scrapped altogether, before a last-minute call to John managed to resurrect the movie.

The London-born star is being joined on the set of the film by the likes of Michael K Williams, Nicole Beharie, Selenis Leyva and Olivia Washington.

The upcoming film tells the story of a Marine war veteran who faces mental and emotional challenges when he seeks to return to normal life.

The project is based on a script written by Kwame Kwei-Armah and director Abi Damaris Corbin.

The actor was originally cast in the Netflix production, but he left the project in abrupt fashion and the streaming service subsequently released a statement to explain his exit.

Netflix said: "'Rebel Ridge' is pausing temporarily as we look to re-cast John Boyega who needed to leave the project for family reasons.

"We remain committed to Jeremy Saulnier's extraordinary film and look forward to resuming production. We look forward to continuing our partnership with John Boyega's UpperRoom Productions, in addition to our upcoming film 'They Cloned Tyrone' in which he also stars."