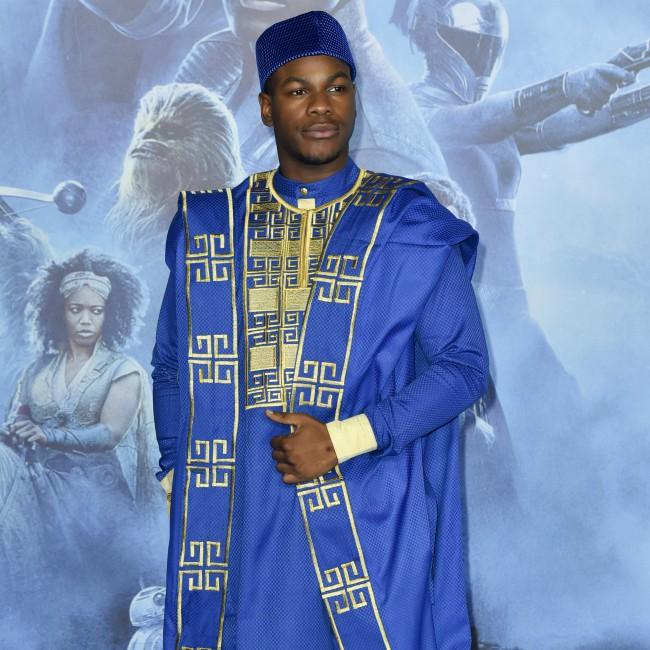 John Boyega thinks the creative team behind 'Star Wars: The Rise of Skywalker' "could've done better" by his character in the new movie.

The 27-year-old actor reprised the role of Finn for the much-hyped new sci-fi film, but John has admitted to being a little disappointed with his own part in the movie, bemoaning the fact that Finn and Kelly Marie Tran's character, Rose, spend so much time apart from the rest of the team.

John told The Hollywood Reporter's 'Hollywood Remixed' podcast: "I will be honest in saying that I think they could've done better [by] Finn, especially with Finn and Rose."

John wishes he could have spent more screen time alongside the likes of Daisy Ridley and Oscar Issac.

And he admits the situation may have soured his own attitude towards the new movie.

The London-born star shared: "I think some of it was selfish on my part, too. But in general, all of us - me, Daisy, Oscar - because we just wanted to be with each other."

Meanwhile, John recently revealed that he and the rest of the cast of 'Star Wars' had a "big cry" on the last day of shooting on 'The Rise of Skywalker'.

The actor admitted it was an emotional day for him and his co-stars.

"It's also got the feeling of joy and being thankful for you guys, for all the people who've been coming to see the films, in a time when it's harder and harder to get people out to the cinema. It's appreciated. It's a part of people's lives. To be one of the many faces of it is very cool.

"The feeling of seeing that 'Star Wars' logo coming out of the screen - it just reminds you of how you felt the first time you watched it. I'm happy to be one part of the jigsaw puzzle because it is frickin' massive. It's emotional."