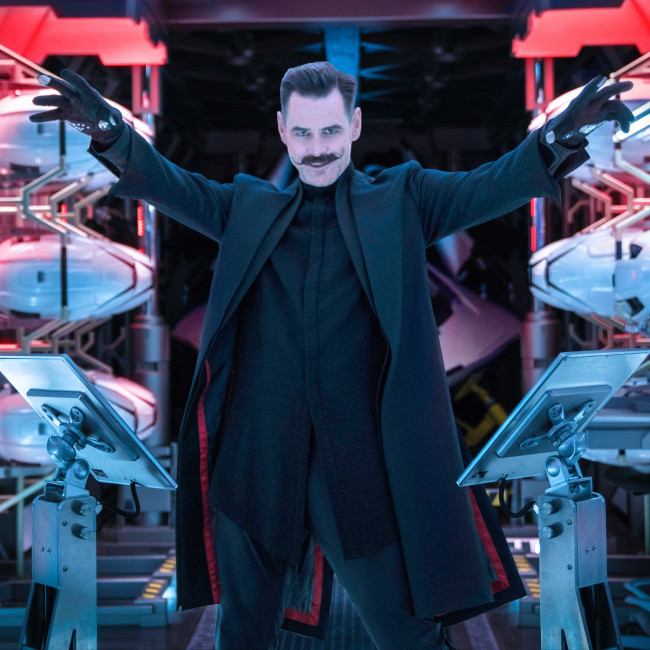 The 60-year-old actor reprises his role as Dr. Robotnik in the upcoming big screen sequel based on the hugely popular video game franchise, and he's been heavily involved in the story for a new comic connecting the two movies.

In a series of tweets, author Kiel Phegley - who also penned the official novelisation of the 2020 film - wrote: "This thing is an absolute monster. Five stories with art by @SpiritSonic, @yardleyart and @AdamBryceThomas.

"That's like saying I wrote a Spider-Man comic and they hired John Romita, Jr., Mark Bagley and Alex Saviuk to draw it. It's INSANE how lucky I am to work with this crew.

"Special shout out to @IDW_David_M and @rileysauruss for bringing me on board to do this.

"I'll be honest with y'all... at this point in my career, I never thought I'd ever get a shot to make some legit four-color comic books. It was fun! I think I'll do more!

"If you need any more incentive to order a copy of Sonic The Hedgehog 2: The Official Movie Pre-Quill comic, the Robotnik story was spearheaded by the absolute G.O.A.T. Mr. @JimCarrey! It's really weird dope. (sic)"

Meanwhile, film studio Paramount has confirmed work on the upcoming third movie in the film series is already underway before the second has even been released, while a live action spin-off show is also in the pipeline.

In a recent statement, Sega Corporation's CEO Haruki Satomi said: “We are delighted to announce that the third 'Sonic' theatrical film and the first live action 'Sonic' series for Paramount+ are being actively developed.

"We’ve got a remarkable partnership with Paramount, and we are excited to continue expanding the Sonic the Hedgehog franchise with them.

"2022 is shaping up to be a significant year for the franchise with the second film being released this April, as well as 'Sonic Frontiers', the highly anticipated video game title, coming this holiday.

"'Sonic' has been beloved by fans across the world for over 30 years and we look forward to continuing to bring memorable moments and experiences to them for many years to come."