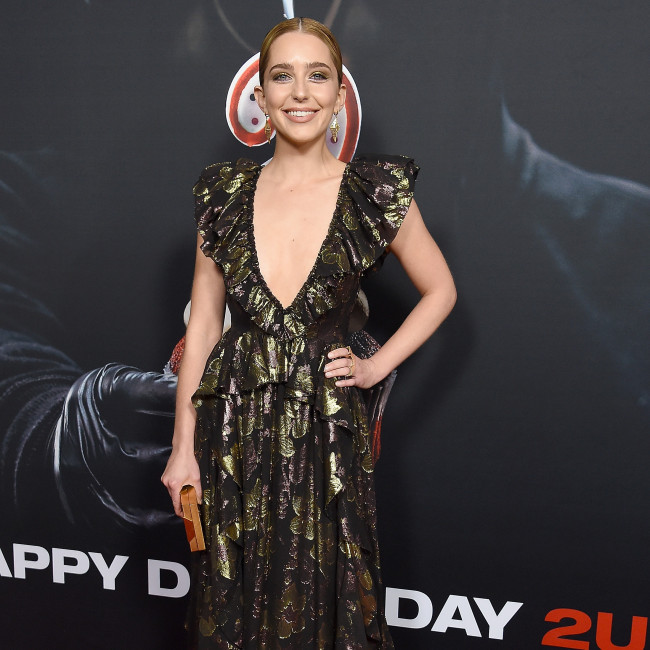 The 33-year-old actress stars as the murdered Theresa "Tree" Gelbman in the horror series and revealed that she would love to see her alter-ego go up against body-swapped serial killer the Blissfield Butcher (played by Vince Vaughn and Kathryn Newton) in a big screen project as both films have the same director in Christopher Landon.

Asked about a potential crossover, Jessica said: "I think that's totally the way to go because, as you said (Newton's Butcher) embodies so much strength, power and twisted badass-ness in that role. I was so lucky to get to see it on opening weekend, and it has such fun, wild performances from both Kathryn and Vince.

"So I agree with you that it totally needs to be a showdown of Tree versus Millie. And maybe Vince can make a cameo as a scream queens a run for our money. He did a really good job."

Jessica praised Landon for his directing style as he was able to transform Vince into a unique role in a horror flick.

She told The Hollywood Reporter: "But that's what I love Chris' work; he subverts things like that. Who would have ever thought that Vince Vaughn would be the next great scream queen?

"He found a lot of truth, honesty and vulnerability. These are colours that I've never seen Vince Vaughn perform before, and that's one of the things that I love about genre-bendy films. There's a lot more permission for actors to step outside of the boxes that people are used to seeing them in."