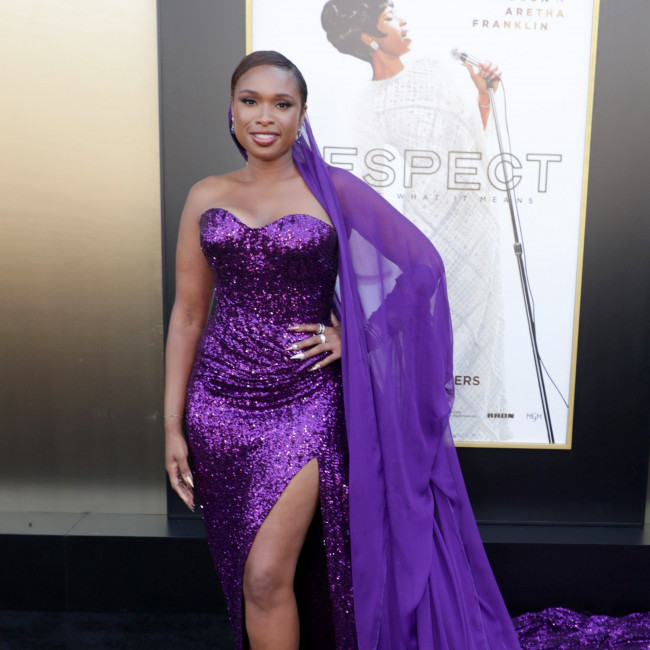 Jennifer Hudson regrets not asking Aretha Franklin about why she selected her for the lead role in 'Respect'.

The 39-year-old star was handpicked by the late music icon, who died in 2018, to play her in the biopic and Jennifer wishes she would have asked for the reasoning behind the singer's decision.

Speaking to Baz Bamigboye's Daily Mail newspaper column, Jennifer explained: "She never said, like: 'I want you to play me because of this or that.' And I regret that I never asked her: why me?"

The 'Cats' star revealed that it dawned on her during production as to why she had been selected, as they both suffered the loss of relatives in tragic circumstances at a young age.

Jennifer said: "But during filming I realised she must have been seen behind the Jennifer that sings and acts. She saw the life experiences as well. Maybe she saw the pain that I tried to hide.

"In a lot of ways there were parallels. I feel like I ended up telling her story through my pain."

Hudson admits that she found it daunting stepping into the role as "you can't duplicate Aretha Franklin".

She shared: "That was the scary part: her music is a treasure to all of us. Her sound was her own."

Despite playing one music legend on the big screen, Jennifer doesn't want to portray Whitney Houston and is instead hoping to land the role of talkshow legend Oprah Winfrey.

She said: "I love her, but playing her is meant for someone else.

"My new dream is Oprah Winfrey."

The star also revealed that she enjoyed working on 'Cats', despite the fact that it was panned by critics and audiences.

Jennifer explained: "I just came in, sang 'Memory', cried a few tears. But all those dancers did the work. My heart goes out to them."