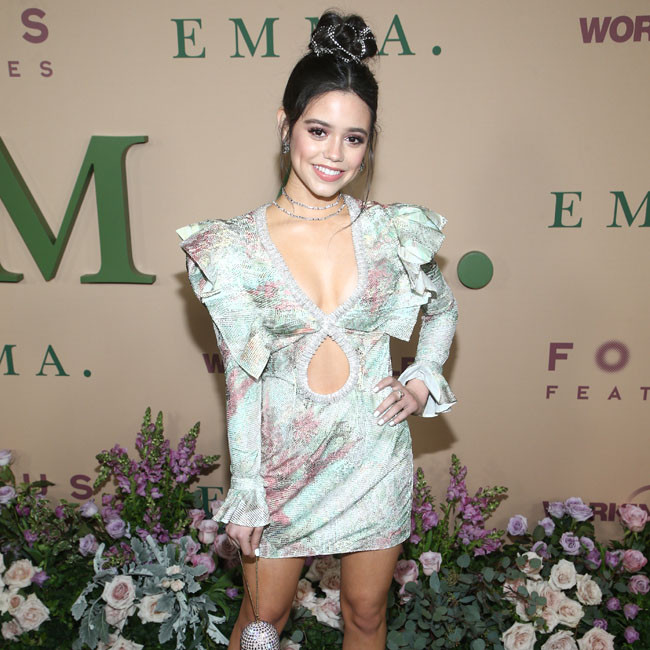 Jenna Ortega has been cast in 'Miller's Girl'.

The 19-year-old actress - known for her roles in the likes of 'Scream', 'You' and upcoming Netflix show 'Wednesday' - is set to star opposite 'The Hobbit' actor Martin Freeman in the upcoming movie.

The film - which is in production in Georgia - marks the directorial debut from writer-director Jade Halley Bartlett, who has also penned the screenplay.

Although plot details are being kept under wraps, the story will follow a creative writing assignment which leads to complex results for a teacher and his talented student.

It's not been confirmed exactly who Ortega and Freeman will be playing, but it seems almost certain they'll be cast as the student and teacher.

Erin Westerman - President of Production for the Lionsgate Motion Picture Group - hailed the "level of talent" in the movie, while noting the story will also hold up in its own right.

She told Deadline: “While we are excited for the movie to speak for itself, the level of talent assembled for this special film is a testament to Jade, whose screenplay lures you in with her dazzling voice. And then eats you alive.”

Mary-Margaret Kunze will produce the film, with Josh Fagen overseeing for Point Grey while Chelsea Kujawa and Scott O’Brien will represent Lionsgate.

As well as returning for 'Scream 6', Ortega will be playing Wednesday Addams in a new eight episode spin-off based on the beloved 'Addams Family' character.

Although she appears as a child in previous incarnations, she'll be portrayed as a teenager in the show, which Netflix bosses have described as "a sleuthing, supernaturally infused mystery charting Wednesday Addams’ years as a student at Nevermore Academy".

They added: "Wednesday's attempts to master her emerging psychic ability, thwart a monstrous killing spree that has terrorised the local town, and solve the supernatural mystery that embroiled her parents 25 years ago — all while navigating her new and very tangled relationships at Nevermore."