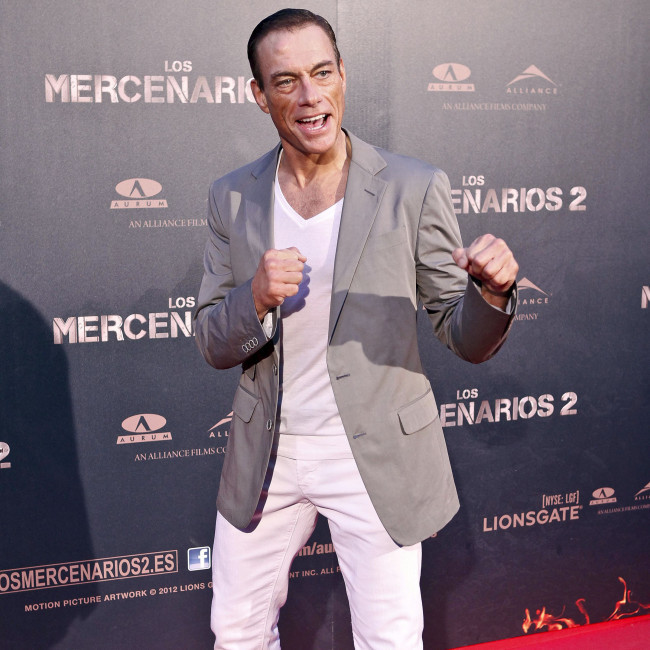 Jean-Claude Van Damme feels 'lucky' to do own stunts

Jean-Claude Van Damme feels "lucky" he can still do his own stunts.

The 62-year-old action star has no problem doing the splits or his famed spin-kick and though he thinks it is partly due to genetics that he's still in such good shape, he also tries to keep working out whenever he can, even if it's just for a few minutes at a time.

Asked if he can still do his own stunts and spin-kicks, he told The Hollywood Reporter: "Yeah! I’m lucky — I think it’s in my DNA.

"But I’m stretching three times a week. The most important thing in life is to stretch, because muscles can grow and disappear depending on the consistency of your routine.

"Stretching has to be consistent, and not even in a gym. You can do it anywhere, in the right stretchy way, although it’s a little more strange to look at.

"In Hong Kong I live on the 75th floor and it takes about a minute to get up there. So in the elevator, I squat down and slowly come back to my maximum while stretching over the course of the minute.

"I’m doing all [my own stunts], except catching on fire and jumping from a building. Because the insurance will not allow that."

The 'Darkness of Man' actor is determined to make "one more big martial arts film", though he admitted he is unsure about the fate of 'What's My Name?', which was announced earlier this year and hailed as his "final action film".

He said: "I want to make one more big martial arts film. But I guess it’s not the time right now. Before I believed in destiny, but now I believe in synchronicity. So if something doesn’t go my way, then it’s not supposed to go my way.

"So 'What’s My Name?' may happen, may not happen. And I have another project that’s as good. But that’s for later. Right now, I’m so into Darkness of Man, which was always working in parallel."