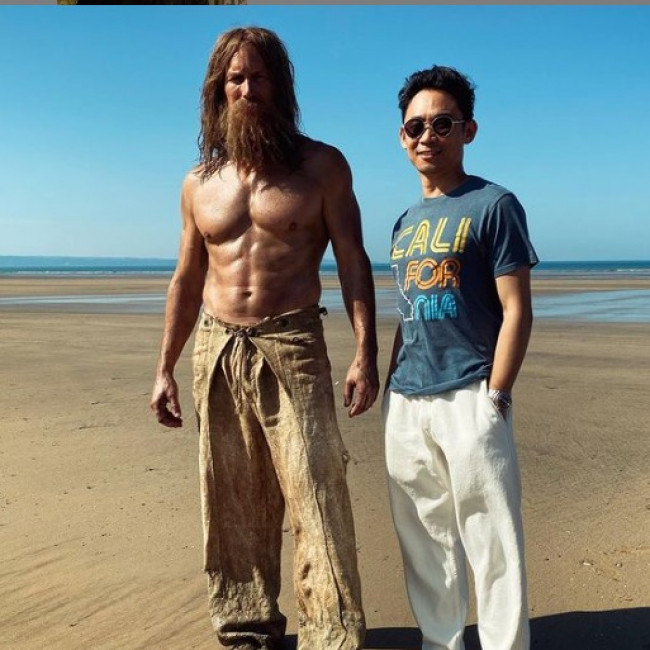 'Aquaman and the Lost Kingdom' filming has been taking place on a beach in North Devon, England.

According to Devon Live, lead star Jason Momoa (Aquaman) and Patrick Wilson (Orm) were reportedly filming in the water on Saunton Sands.

Onlookers claim to have seen the Hollywood actor filming what appears to be a fight scene with his trident in the water.

The local news outlet claims that actors were seen "donning long capes and a seaweed crown-like headdresses with trident style staffs were seen battling in the water along with men in blue morph suits".

Several takes were witnessed and, at 4.30pm on Tuesday (09.08.21), a security guard claimed they were planning to continue filming until the tide came in.

They said: "I'm not sure when they'll be done filming for the day, it's been a really long day already and the tide has started to come in."

It was also claimed by a nearby cafe worker that filming would continue until September 17.

What's more, the DC movie's director James Wan shared a snap of Patrick on the beach and joked that he resembled Tom Hanks' 'Cast Away' character Chuck Noland with his scraggly hair and disheveled look.

He captioned the Instagram picture: "I found this guy @thereelpatrickwilson stranded on a desert beach, doing his Cast Away impression. #Aquaman."

And the 48-year-old actor shared the photo on his Instagram Story and joked: "You don't need a volleyball when your name is Wilson."

In 'Cast Away', Chuck makes his own friend named Wilson out of the ball when he becomes stranded on an island after a plane crash.

The 42-year-old actor, who stars as the titular half-human, half-Atlantean Arthur Curry, excited fans by unveiling his character's new look over the weekend.

The 'Game of Thrones' star shared the gold and green costume from the 2018 DC film alongside the shiny new metallic blue and silver getup.

The director also revealed the new suit is inspired by the blue one worn in the 1986 'Aquaman' miniseries, and that it is made of "Atlantean tech based on cephalopod’s camouflaging ability".

He added to his own page on the social media app: "Here’s @prideofgypsies in the classic #Aquaman suit AND a sneak peek at his other outfit — the stealth suit. Atlantean tech based on cephalopod’s camouflaging ability. David Leslie Johnson and I were inspired by the 80’s “blue suit”. (sic)"