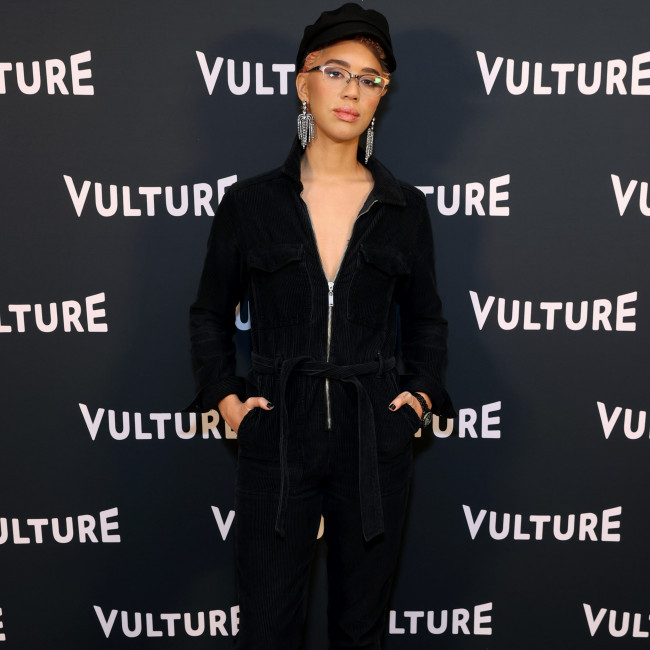 The 27-year-old actress - who makes her 'Scream' debut in the as Mindy Meeks-Martin in the fifth instalment of the beloved horror film series - has a speech explaining the rules of rebooting a franchise, and she "didn't want to let anyone down".

She said: "It was exciting and terrifying. There’s this feeling of, I don’t want to let anyone down. I know that I’m representing an entire community in this monologue and that these words are true, and that people do feel this way about this film and other films."

The former 'Leftovers' star went on to insist that she has so much "love" for the 'Scream' fanbase and compared the "passion" of the community and the franchise itself to the love she herself feels for Broadway theatre.

She told Collider: "I have so much love for that community of people who are so passionate. I’m a nerd for Broadway.

"I feel like I could apply the same thing as you might feel about horror films to Broadway and musicals and I just had to approach it as if I was talking about the revival of 'Company' or something. You know what I mean? Because I identify gutturally."

Jasmin's co-star Mason Gooding - who plays her brother Chad Meeks-Martin in the film - chimed in to heap praise on his on-screen sibling, noting that she had had to deliver the monologue several times in "many" different takes but that her "enthusiasm" never wavered.

He said: "I would like all attention pointed at how many times [Jasmin] had to do that monologue and how every single time it was done with the same amount of energy and enthusiasm."