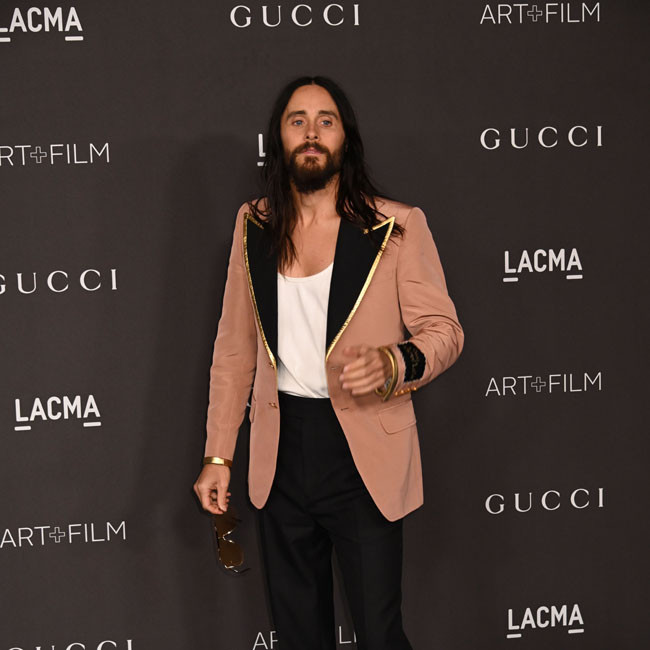 Jared Leto says his Joker in 'Zack Snyder's Justice League' is an "evolution" of the character from 'Suicide Squad'.

The 49-year-old actor has reprised the role of the iconic Batman villain for the 'Snyder Cut' version of 'Justice League' and has suggested that the character is vastly different to when he first played the role in David Ayer's 2016 DC Extended Universe flick - noting how Joker's different appearance reflects the changes.

Speaking on 'The Late Show with Stephen Colbert', Jared explained: "I think it's an evolution, there's some years apart (between the two). When you work with different directors they bring out different things in you."

Jared had previously revealed that he loved working with Snyder on the project, describing the filmmaker as "madman" and a "warrior".

The Thirty Seconds to Mars frontman said: "He's a warrior. He's a madman. I really love him.

"With every character I play – I don't know if it's because I work so intently and I tend to dig really deep and put a lot of time and energy into it – but when I'm done playing with them, done playing the parts, I do miss them a little bit."

Jared relished the chance to play the Joker once again and revealed that he would be up for doing the same with Niander Wallace and Albert Sparma – his characters in 'Blade Runner 2049' and 'The Little Things' respectively.

He said: You do all this work and then you're done, so it is nice to revisit things. You know, parts like the Joker, like Sparma, what's really great about those roles is they can be intense and dark, but there's also a lot of freedom and abandon there.

"And that's really fun for me, it's fun for the other actors, it's fun for the crew. With both of those roles, there was lots of laughter on the set and a lot of joy because you would improvise and say something really funny. So it's always quite a lot of fun when you can hear people cracking up on the other side of the camera, and I like that quite a bit."