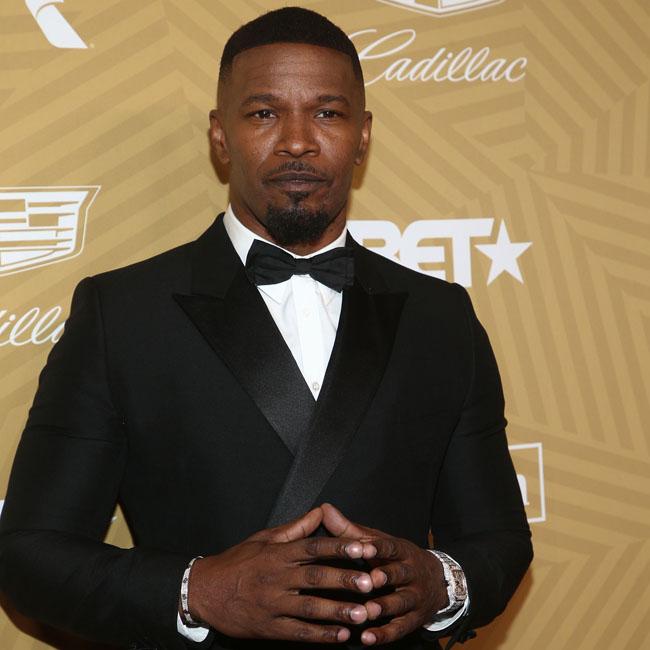 Jamie Foxx to helm faith movie When We Pray

Jamie Foxx is set to direct faith-based movie 'When We Pray'.

The 52-year-old star co-wrote the script for the movie about pastor siblings with Donald Ray 'Speedy' Caldwell.

The plot follows two brothers who take on jobs at two completely different churches, with one thriving and the other left struggling to cope financially and left in dire need of help.

Deadline reports that Fast Mouse Films' Rodney Mason is to executive produce the low-budget motion picture, which is said to have a budget of $5 million, and is due to start filming later on in the year.

Philippe Diaz, founder and chairman of Cinema Libre, commented: "It's a great honor to work with such a talented and passionate man as Jamie Foxx, and I'm pleased to have our new Fight to Fame partners onboard.

"[They] will give Jamie the total freedom to make this film, which is close to his heart."

Fight to Fame chairman Carrie Wang added: "Jamie Foxx is a Hollywood superstar, but audiences around the world love him as well.

"Our strong relationships in China and other Asian countries will ensure that 'When We Pray' will be enthusiastically received by Asian moviegoers."

The movie will mark Foxx's second time behind the camera, following his directional debut 'All-Star Weekend', which is currently in post-production.

Meanwhile, the Hollywood star recently vowed to "celebrate his own blackness" as he picked up a special award at the American Black Film Festival.

The movie star was handed the recognition award for Excellence in the Arts at the event last month.