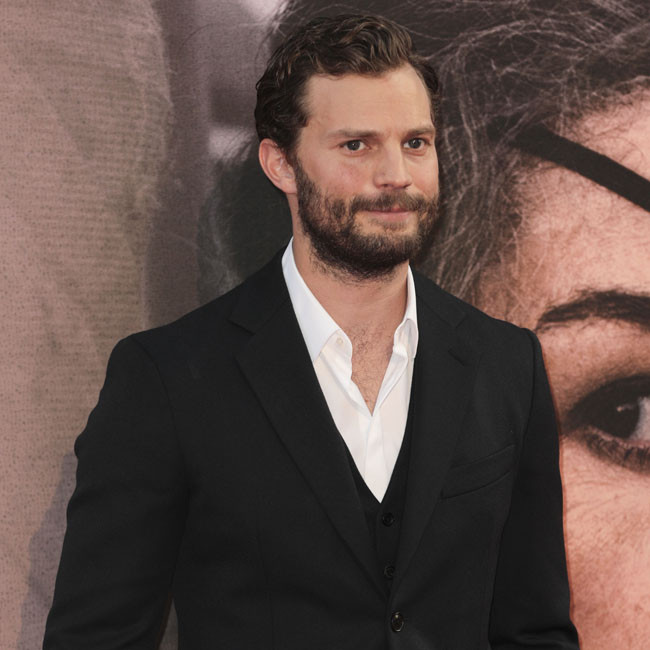 The 38-year-old actor thinks it is funny the movie - which also stars Emily Blunt and Christopher Walken - was slammed for the actor's Irish accents despite Dornan being Irish himself.

Speaking on 'The Graham Norton Show's New Year's Eve special, he said: "I thought the reaction was funny. I'm from Ireland and our currency is taking the p***, so it's rare to put something out there and not have the p*** taken. I'm all for it!"

The romantic drama follows Rosemary (Blunt) who tries to win the affection of Anthony (Dornan), who must pursue his dreams when he learns his father plans to sell the family farm to his nephew.

Dornan thought the writing by John Patrick Shanley made the story "beautiful" and was intrigued by the "kookiness" of his movie.

He explained: "John Patrick Shanley has a kookiness to his work. His are not normal linear movies, they are all a bit heightened and a bit odd, but the words are beautiful."

Blunt also shared the same enthusiasm for the writing as she was bewitched by the "unique" script.

She added: "When we read the script, we thought it was so bewitching and completely unique. It is odd, lyrical and romantic so we are just excited for people to see it because it is so uplifting, and it certainly sweeps you away to a magical world. It is just a joy."

And the 37-year-old actress revealed that she embraced working on a project that was quite unique.

She previously said: "When it came into my life, it was rather serendipitous because I had been saying to myself, 'Oh, I'd love to do something intimate.'

"So it came in it at just the right time, and I was completely bewitched by it when I read the script. I mean, I knew because it was Shanley. You know you're going to read something singularly unique, and I just loved it. I feel in love with these bizarre, lonely farmers. I just really loved it."