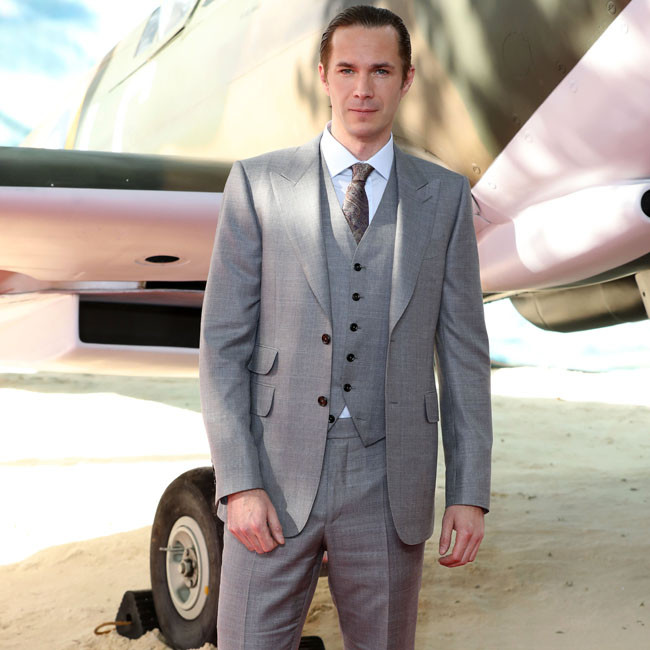 James D’Arcy and Michael Angarano have joined the cast of 'Oppenheimer'.

The 'Made in Italy' actor and the 'Almost Famous' star are set to appear in Christopher Nolan's new movie, which will tell the story of J. Robert Oppenheimer and his part in the creation of the atomic bomb.

According to Deadline, D’Arcy and Angarano will appear alongside a star-studded ensemble in the motion picture, including Cillian Murphy, who will appear in the titular role in the film, alongside the likes of Matt Damon, Robert Downey Jr., Florence Pugh, Rami Malek and Benny Safdie.

Last month, it was revealed Sir Kenneth Branagh had been added to the cast of 'Oppenheimer', on which the 61-year-old actor and director will reunite with Nolan after the pair previously teamed up for both 'Dunkirk' and 'Tenet'.

Branagh will play an unspecified role in the movie, which is scheduled for release in July 2023.

Universal Pictures and Syncopy revealed last month that principal photography had begun on the project.

'Oppenheimer' will be written and directed by Nolan and produced by the filmmaker with Emma Thomas and Charles Roven.

It will be shot in multiple locations across the United States, including New Mexico, New Jersey and California.

Pugh is expected to play Jean Tatlock, a member of the Communist Party of the United States who had an affair with Oppenheimer, while Safdie will be the Hungarian physicist Edward Teller.

It is also thought that Malek will be playing another scientist, but no specifics have been disclosed.

Universal acquired the rights to the movie after a bidding war between several major Hollywood studios, including Nolan's former collaborator Warner Bros.

Universal Filmed Entertainment Group Chairman Donna Langley said: "Christopher Nolan and Emma Thomas’ films have shattered the limits of what cinematic storytelling can achieve. We are thrilled to be working alongside them on this exceptional and extraordinary project and are grateful for their shared passion and commitment to the theatrical experience."

Oppenheimer's story has been adapted for the big screen previously in the 1989 drama 'Fat Man and Little Boy' - which starred Dwight Schultz as the scientist and Paul Newman as General Leslie Groves.