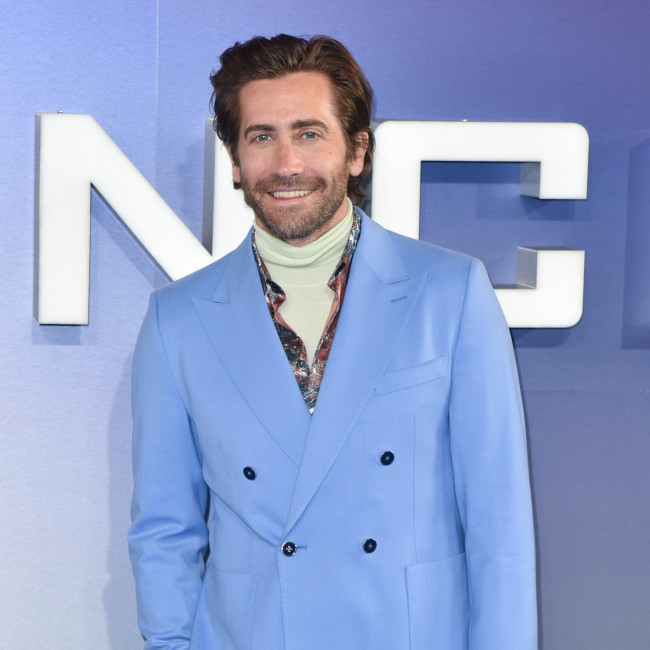 Jake Gyllenhaal's scene hanging out of a moving vehicle in 'The Ambulance' wasn't in the script.

The 41-year-old actor stars alongside Yahya Abul-Mateen II, 35, as adoptive brothers Danny and Will Sharp, who rob a bank together in Michael Bay's action thriller, and he's revealed the most jaw-dropping scene was actually improvised, like a lot of things in the flick.

“We were on our way home, [co-star] Yahya [Abdul-Maheen II] was driving the ambulance. We were almost finished with our day, and we were driving to get back into our civilian clothes, out of our characters’ clothes. Michael called us on the radio and was like, ‘Wait, come back! They opened up the L.A. River!’”

Jake continued: “‘He was like, ‘I have an idea! I have two helicopters!'

“And I was like, ‘How? What are you talking about, you have two helicopters? Where are they?’”

Jake told Variety: “[Michael] just planned the whole scene, sort of an improvisation of the scene, and it went that way.

He quipped: “And I was like, ‘That’s why you make a Michael Bay movie. That’s the reason. To hang out of a moving vehicle and have fun.’”

Meanwhile, the 57-year-old movie director and producer recently insisted rehearsals have no place in modern Hollywood.

Asked how he knew that Jake and Yahya would work well together in his upcoming movie, Michael said: "That’s the thing you have no idea because modern Hollywood, everyone is always too busy, rehearsals are almost a thing, they did that in the ancient times, prehistoric times when I worked with Sean Connery.

“Jake is shooting something then boom it works, you know their movies but then you start talking to them as people, you get them together for dinner, and then you get together.

"What I try to do in my first week I try to shoot some of the beginning of the movie... a little action, a little tone.”

The pair steal $32 million from a Los Angeles bank. However, being unable to make a smooth getaway causes the desperate duo to hijack an ambulance that contains wounded hostages.

The filmmaker said of the intensity of filming and how he switched up the script: “I got the script, I rejiggered it, I started adding more elements to put pressure on this thing.

“We took that thing very fast around corners and there is a lot of metal, you hit your head, you’re banging around. It’s pretty amazing you’re trying to save a life in a thing that’s speeding that fast.

“It was shot in 38 days, there was an intensity in the shooting as you’re shooting stuff so quickly it helped the energy of the actors.

“It’s hard when you’re doing an action movie that intense it’s hard to keep that energy up for actors they get burnt out its tiring believe it or not.”