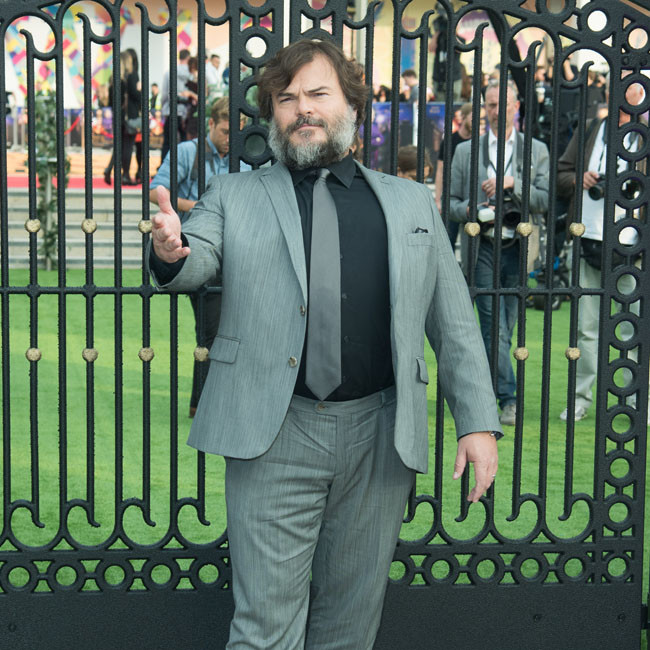 The 'School of Rock' actor will voice Claptrap, a persistently sarcastic robot that isn’t all that invested in the survival of his teammates, in Eli Roth's upcoming video game adaptation.

Jack joins previously confirmed cast members Cate Blanchett, who he previously starred alongside in Eli's fantasy flick 'The House with a Clock in Its Walls' in 2018, his 'Jumanji' co-star Kevin Hart and Jamie Lee Curtis.

Eli said in a statement: “I am so excited to reunite with Jack, this time in the recording booth. Claptrap is the funniest character in the game, and Jack is perfect to bring him to the big screen."

Lionsgate president Nathan Kahane added: “We couldn’t have been more in sync with our filmmakers and casting executives as we approached this role. It’s one of the biggest no-brainer casting decisions we’ve ever made. Everyone who’s ever played the game knows Jack is perfect for this part. We’re thrilled he will add his endless comic energy and voice to our film – he’ll bring so much to the movie.”

The film is set in the future when four “vault hunters” travel to the planet Pandora on a mission to hunt down an alien vault said to contain advanced technology.

Jamie is set to play archeologist Tannis, who may know exactly how to find the vault. However, a difficult past with Lilith (Cate) makes things trickier than they need to be

Kevin, meanwhile, plays "a skilled ex-soldier turned mercenary", who - in the game - used to be part of a highly trained private military force called Crimson Lance. Rowland is highly-skilled with a range of weapons, although prefers to use shotguns and rifles.