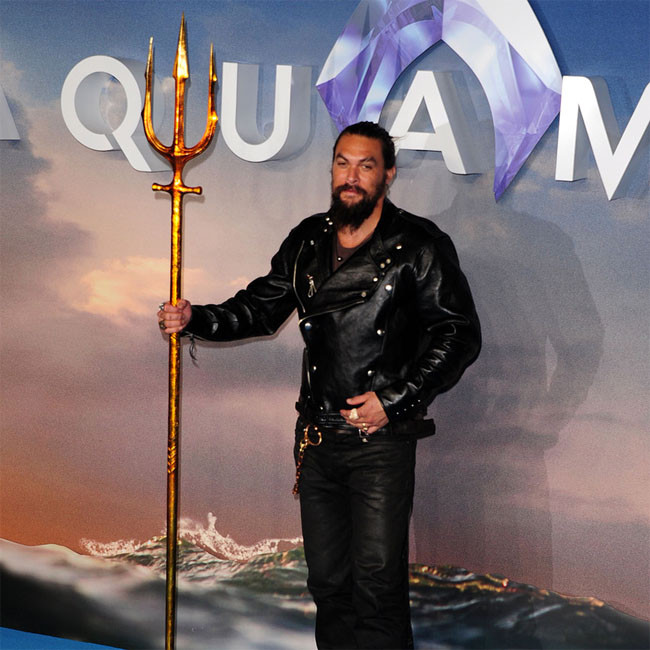 Jason Momoa has branded himself an "ageing superhero" after injuring himself filming 'Aquaman and the Lost Kingdom'.

The 42-year-old actor reprises his role as the titular half-human, half-Atlantean Arthur Curry in the sequel to the 2018 DC Extended Universe (DCEU) movie.

And the 'Game of Thrones' star has revealed he suffered a scratched cornea, requires surgery for his hernia and has had ribs taken "out", after getting "a little too excited" portraying the superhero.

Appearing on 'The Ellen DeGeneres Show' this week, he said: "I’m getting old, is what’s happening.

“I messed up my eyes. I just got something in it that kinda cut it up, and then I’ve gotta get surgery, I have a hernia, I’ve got ribs out. I’m just getting beat up.

“But it’s going to be a great movie, you’re gonna love it.

“I just kinda give it. I love my job and I get a little too excited. The age thing. I’m an ageing superhero now."

Meanwhile, the star recently admitted "the stakes are a lot higher" for 'Aquaman 2'.

He said: "This 'Aquaman' this time around, I feel like pulling out all the stops, buddy. Like it's... We all learned something on the first one.

"It's exciting because I haven't made too many sequels. I just know that's is... even on the page it's absolutely wonderful. There is so much going on."

Jason also revealed that there are a lot of humorous elements in the James Wan flick, which is slated for release next year.

He added: "I think the stakes are a lot higher. There's a lot of comedy. So, I mean, I giggled reading it. There's a lot of fun, and definitely the action's... I think just in the last three of four years just technology's constantly... it's just moving at such a rapid pace that what we're doing with underwater – I mean, that's what made the first one so amazing.

"So it's just gone on to a whole other level, so I'm excited for everyone because it's just a lot more heart. There's a lot more to risk."