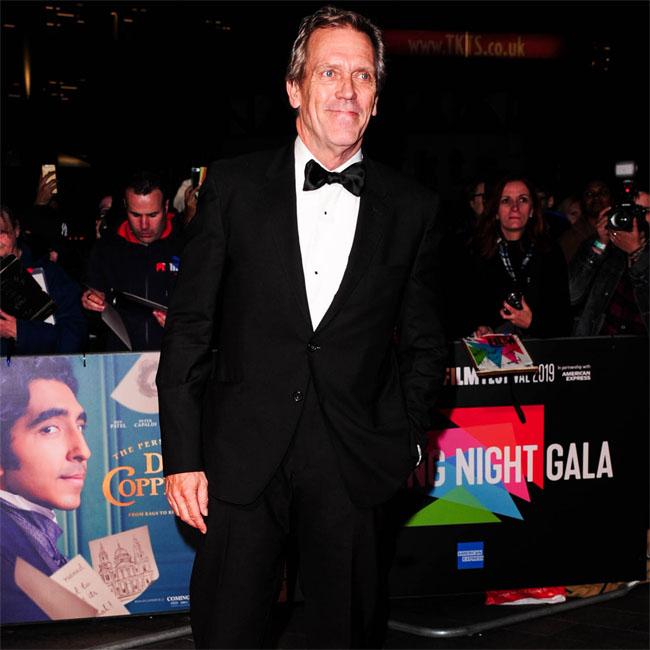 The 60-year-old actor plays the role of Mr. Dick in Armando Iannucci's adaptation of the Charles Dickens' 1850 novel and suggests that audiences are likely to be charmed by the characters in the film, which also stars Dev Patel and Peter Capaldi.

In an interview on 'The Graham Norton Show', Hugh said: "I find the film very touching and very good-hearted; you fall in love with all the characters."

The 'House' star admits it was "very interesting" to play the role of Mr. Dick, as he is one of the first literary figures to suffer from mental health issues.

He said: "I think my character Mr. Dick is very interesting. He was probably one of the first characters in novel form to have a mental illness and in Victorian times it must have been a particularly brutal predicament."

Hugh was also full of praise for Armando, who he also collaborated with on television series 'Avenue 5', describing the director as a "genius".

Speaking about the shooting experience, he said: "It was almost indecent how much fun it was. I feel like work should be hard and slightly miserable. It was a wonderful group of people and a wonderful director. I felt good after making the film."

Meanwhile, Hugh's co-star Dev, who plays the titular character, suggests that the film will attract new audiences because of its multicultural cast.

Dev said: "I didn't know about this story because older iterations of it would alienate someone like me from watching it as a young child.

"Now, I hope that there's kids from the kind of schools that I went to, and (from) where I grew up that watch the trailer for this movie and be like, 'I can find a face that represents me in this film.'"