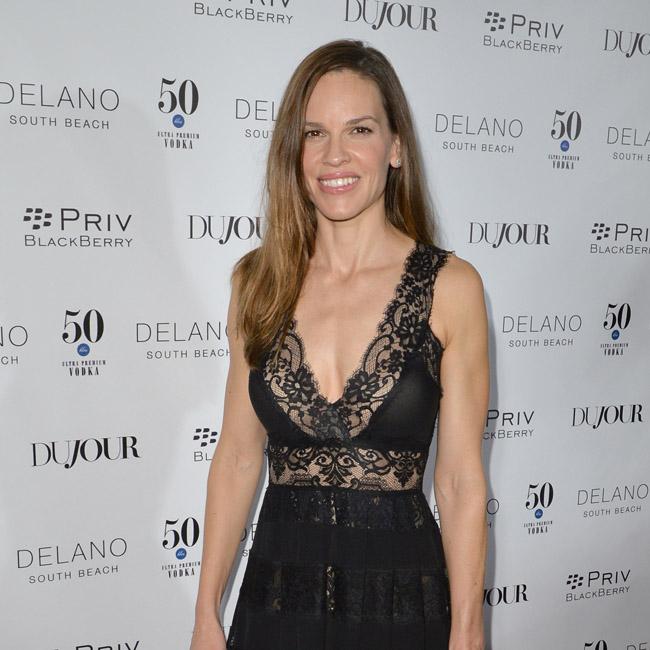 In the upcoming Netflix movie, Swank, 46, plays American astronaut and former navy pilot Emma Green, who is in charge of the first space mission to Mars, and Hilary admitted that filming the zero gravity scenes were difficult.

She told The Mail on Sunday's You magazine: "It was very challenging. We're lifted by our hips, but the lower part, so the contraption acts like a pendulum. You really have to have strong glutes and abs in order to hold yourself up like that and not look as though you're working. You have to make it look effortless as you would if you were in zero gravity. And it's really hard because the suits are very heavy. They weigh, I would say, 30lbs all in."

However, Hilary enjoys the challenges associated with filmmaking.

She said: "I love those challenges! I think I just grew up a sports person [in fact, she once competed as a swimmer at the Junior Olympics] and so I love the physicality of learning something new and challenging my body... It doesn't mean you have to be excellent at it. Just achieving something that you didn't expect of yourself - it's a sense of accomplishment and that's a nice feeling."

'Away' features a multi-ethnic cast of characters and Hilary is proud of how inclusive the movie is.

She explained: "We have a lot of different races in this show and I love that. It breaks down the conformities that we've all been living by.

"I feel that one of the most damaging things is stereotypes. They really lead to systemic thinking and it carries on from generation to generation because we advertently, or inadvertently, pass it on to our children or our tribe - the people that we have around us. And it's so dangerous.

"One of the things that I feel super strongly about is that people can really do anything that they want, anything they set their mind to. And one of the most dangerous things is that people put others in compartments and say, 'No, no, you don't do that'."