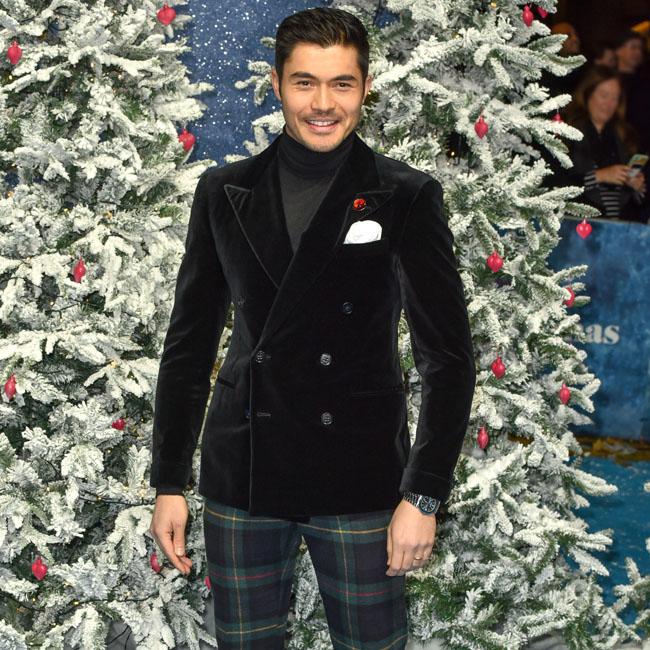 Henry Golding to star in The Tiger's Apprentice

Henry Golding is set to star in 'The Tiger's Apprentice'.

The 'Crazy Rich Asians' star has been approached to voice the lead role in an animated version of the best-selling children's book.

Pixar animator Carlos Baena, whose credits include 'Wall-E' and 'Toy Story 3' will make his directorial debut on the project. Sandra Rabins and Jane Startz are producing the motion picture.

The book was written by Laurence Yep and tells the story of a San Francisco boy who meets a shape-shifting talking tiger named Mr. Hu (voiced by Golding) and is introduced to a magical world under his protection.

Davig Magee, Harry Cripps and Kyle Jarrow have all worked on the script for the project, which is slated for release in February 2022.

The flick will be the latest varied role taken on by Golding who has recently starred in rom-com 'Last Christmas' and Guy Ritchie's crime movie 'The Gentlemen'.

Golding will also lead the cast of action flick 'Snake Eyes', a spin-off to the previous two 'G.I Joe' films, 2009's 'The Rise of the Cobra' and 2013's 'Retaliation' - both of which are inspired by the military inspired toy range of the same name.

The story will focus on ninja Snake Eyes and his quest for vengeance after his father's death and his training alongside enemy Storm Shadow (Andre) under the tutelage of Hard Master (Iko).

Previously speaking about the shooting experience on 'Snake Eyes', Golding revealed that the project has relied on physical stunts for its action scenes rather than CGI.

The 33-year-old actor said: "We have an authenticity to this. Which no one will ever have seen in a 'G.I. Joe' franchise ever.

Golding also revealed that he had suffered a number of injuries on set but feels that his battered body brought an honest "tenacity" to his performance.

He explained: "I had a few injuries. I'm not gonna lie - I blew out my hip, I tore my quad, my meniscus like tore."