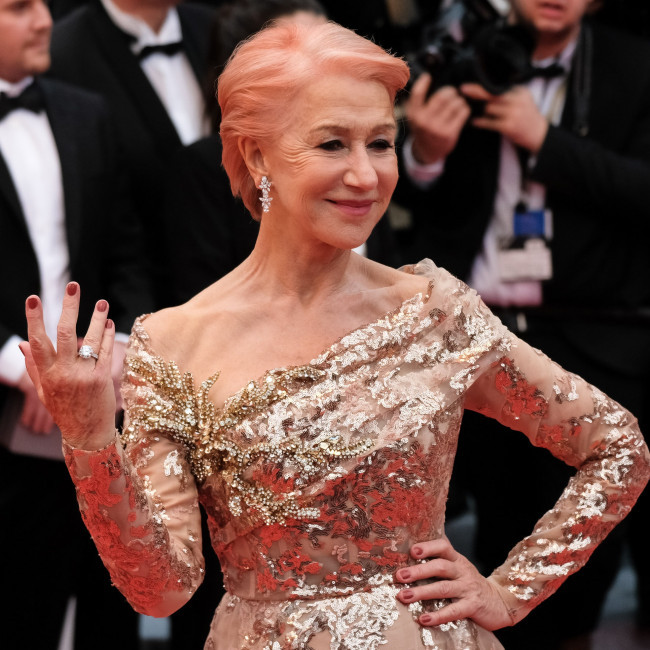 Dame Helen Mirren "begged" Vin Diesel to give her a role in 'Fast and Furious'.

The 76-year-old screen legend loves driving and pleaded with the 54-year-old actor - who plays Dominic Toretto in the blockbuster action franchise - to help her nab a part.

Mirren told The Hollywood Reporter: "I didn’t ask, I begged! I think I was at some function, and he was there, and I got introduced to him. And I was shameless: ‘Oh God, I’d just love to be in one of your movies! Please let me be in it.’

“And then Vin, with that beautiful, deep voice of his, said: ‘I’ll see what I can do.’ And he did it for me. He found this great little role for me, which was perfect. I’d just never done anything like that before — one of those big, big movies. And, in my vanity, I just loved driving and really wanted to do my own driving in a fast car."

It's not the first time Mirren has gushed over Vin's "beautiful voice".

She said last year of working with him: "You're in very safe and loving hands when you're in a 'Fast and Furious'. It was just great to be in a very small space with Vin Diesel for quite a long time. I just loved every minute.

"It was great, hearing that beautiful, soft brown velvet voice really, really close, because we were squished together. Oh, I just so love his voice. He's got the best voice ever."

On their close bond, she added: "That's completely natural chemistry. It was there right from the very beginning of my first meeting with Vin.

"And I just adored him immediately, and he's always been so kind and lovely to me. So it was there right from the beginning, and it is very weird. It doesn't make any sense whatsoever on any level, but that's the weird thing about chemistry, isn't it? There's never an explanation for it. It's just one of those things that happens."