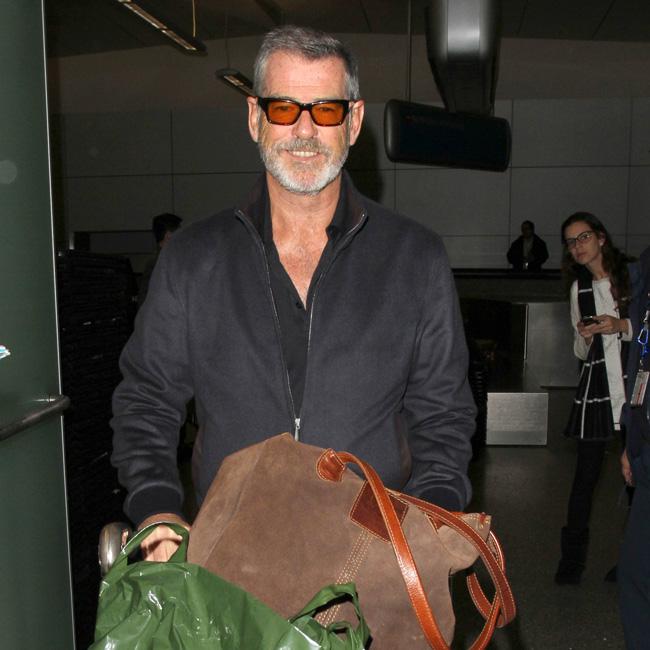 'He got to my vanity': How Will Ferrell convinced Pierce Brosnan to star in Eurovision movie

Will Ferrell convinced Pierce Brosnan to star in 'Eurovision Song Contest: The Story of Fire Saga' by appealing to his vanity.

Pierce, 75, plays Will's father in the new Netflix movie and admitted he was delighted to take on the part when he saw that his character was described as "possibly the most handsome man in Iceland".

He told The Irish Times: "Will Ferrell is a grand man. I adore the fella. And he's so adept at playing those middle aged men acting like children. My agent sent me the script one morning, and by lunchtime I said yes.

"My character was introduced in parenthesis as 'possibly the most handsome man in Iceland'. So Will Ferrell got to my Irish vanity."

Pierce also revealed he wanted to take part in the movie because he is a fan of the Eurovision Song Contest.

He said: "I'm very familiar with the world of Eurovision having grown up in the 1970s. I watched when ABBA won. It's a lovely celebration of the Eurovision Song Contest. And it was hoot to work on. I got to work with Rachel McAdams, who I've known for many years: we did a film together many years ago.

"I got to work with a wonderful coterie of Icelandic actors, all of whom are stars in their own right. I got to travel with my wife Keely. I got to visit my mother in London. I got to sit in thermal baths and drink beers with local families."

And Pierce admitted he still finds acting as challenging now as he did when he was first starting out.

He said: "You know the job is as much of a challenge now as it was when I was in my 20s and 30s. How do you find work? How do you find new challenges? And if you're me, you grow a beard, you let your hair go grey, and you end up playing Gerry Adams [in 'The Foreigner'] or Will Farrell's dad."