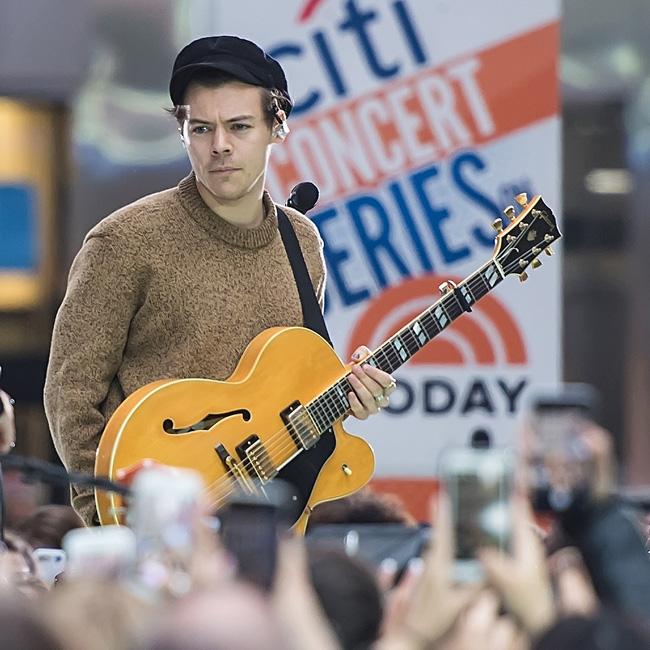 Harry Styles has "respectfully declined" the role of Prince Eric in 'The Little Mermaid'.

The 'Sign of the Times' singer - who made his movie debut in 2017's 'Dunkirk' - had been in talks to star opposite Halle Bailey in the live-action remake of the Disney classic but it has now been revealed he has decided against appearing in the film.

Sources told The Wrap that Harry was a "fan" of the project but "respectfully declined" the male lead, though it is unclear why.

News of the 25-year-old star's rejection of the role broke shortly after cinema chains AMC Theatres and Regent Cinemas both tweeted that he'd officially signed up for the role.

Both companies have since deleted their posts, but AMC had written: "And we have a prince! Harry Styles is confirmed to play Prince Eric in @Disney's live-action remake of #TheLittleMermaid."

Most recently, Harry was one of the contenders for the role of Elvis Presley in Baz Luhrmann's upcoming biopic on the King of Rock n' Roll, and it was previously claimed the hunk was waiting to see if he landed the job before committing to 'The Little Mermaid'.

Austin Butler came out on top for the Elvis role, so it seems the former One Direction star is now waiting for the right project to come along.

Alongside 19-year-old Halle as the titular mermaid Ariel, Awkwafina and Jacob Tremblay are also set to star in director Rob Marshall's 'The Little Mermaid'.

The 'Ocean's 8' star is set to portray Scuttle the seagull, while 12-year-old Jacob will lend his voice to the role of faithful fish friend Flounder.

Melissa McCarthy is in talks to play Ursula, the sea witch, and Terry Crews recently put his own name forward to play King Triton, Ariel's father.