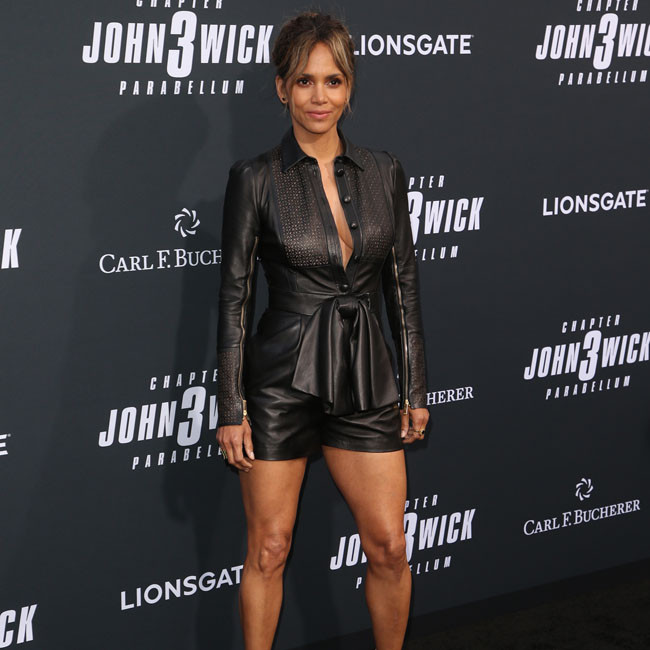 Halle Berry cast in The Mothership

Halle Berry has joined the cast of 'The Mothership'.

The 54-year-old actress has signed on to star in and executive produce the new sci-fi drama for Netflix.

The story follows Sara Morse (Berry) a year after her husband mysteriously vanished from their rural farm. But when she discovers a strange, extraterrestrial object underneath their home, Sara and her kids set off on a race to find their husband, father and most importantly, the truth.

Oscar-nominated screenwriter Matthew Charman will make his feature directorial debut and has also written the script.

Fred Berger and Brian Kavanaugh-Jones are producing the film under their Automatik banner. Danny Stillman will serve as an executive producer alongside Halle.

Halle will appear opposite Patrick Wilson and Charlie Plummer in the latest project from 'The Independence Day' filmmaker.

The story centres on the Moon being on a collision course with Earth as a team of misfits are assembled to save the planet from destruction.

Halle will play an astronaut turned NASA administrator whose previous mission holds a clue to the impending catastrophe.

Berry previously played Bond girl Jinx Johnson in the 2002 007 film 'Die Another Day' and claimed that studios were too scared to make a spin-off based on the NSA agent, with MGM put off by the $80 million price tag – despite Bond bosses Barbara Broccoli and Michael G. Wilson lobbying for her to get her own movie.

She said: "It was very disappointing.

"It was ahead of its time. Nobody was ready to sink that kind of money into a black female action star. They just weren't sure of its value. That's where we were then."