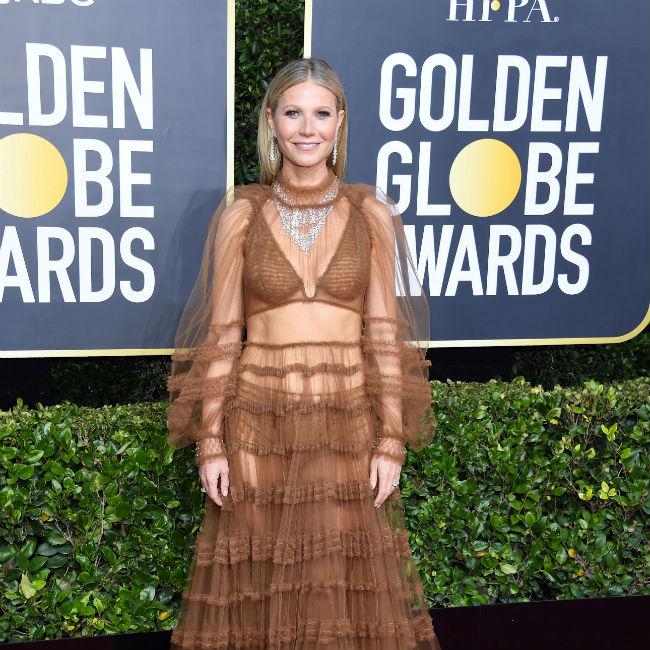 Gwyneth Paltrow's "least favorite performance" was in 'Shallow Hal', which she has described as a "disaster".

The 47-year-old actress starred alongside Jack Black in the 2001 romantic comedy movie, in which she played obese woman Rosemary who is seen as a more slimmer version of herself by Black's character Hal Larson after he is hypnotized.

But Paltrow wasn't a big fan of her own acting in the motion picture, as was revealed in a video for Netflix in which she quizzed her assistant Kevin Keating about how well he knows her.

After asking him what her "least favorite performance" was, he replied: "I would say it would be 'Shallow Hallow' (sic)"

He replied: "I'm not sure who told you to do that one, but it wasn't me.

"I wasn't there working for you.

"Not around for that."

She started laughing, and then said: "That was before your time.

Paltrow wore a fat suit to portray Rosemary, and she previously admitted feeling "humiliated" when she walked through a hotel wearing the outfit and "no one would make eye contact" with her.

Speaking in 2001, she said: "The first day I tried [the fat suit] on, I was in the Tribeca Grand and I walked through the lobby.

"It was so sad; it was so disturbing. No one would make eye contact with me because I was obese.

"I was wearing this black shirt with big snowmen on it.

"For some reason, the ... clothes they make for women that are overweight are horrible. I felt humiliated because people were really dismissive."