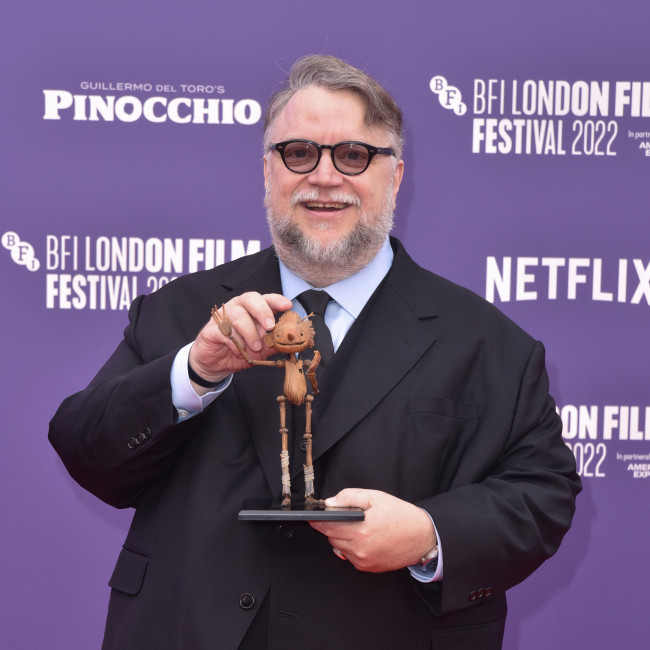 Guillermo del Toro was emotional at the 'Pinocchio' premiere following the death of his mother.

The 'Hellboy' filmmaker has directed a stop-motion take on the classic story for Netflix and confessed that the world premiere at the BFI London Film Festival on Friday (14.10.22) had additional poignancy as it came after the passing of his mother Guadalupe Gomez.

The director recalled his mother's love of 'Pinocchio' and how the classic Disney animated film forged a bond between the pair that has influence Del Toro's career behind the camera.

The 58-year-old filmmaker said: "I saw the film as a kid and it's a film that bonded me with my mom for an entire life.

"It affected me because Pinocchio saw the world the way I saw it. I was a little bit enraged that people demand obedience from Pinocchio so I wanted to make a film about disobedience as a virtue, and to say that you shouldn't change to be loved."

'Pinocchio' is the first animated film that Del Toro has made and he thinks the medium should be appreciated more by the movie industry.

Guillermo has promised that his stop-motion movie will be "beautiful" and reflect the history of 'Pinocchio'.

He explained: "I really wanted this movie to land in a way that had the expressiveness and the material nature of a handmade piece of animation – an artisanal, beautiful exercise and carving, painting, sculpting, but it had the sophistication of movement that research on rigs and puppetry-making has taken us.

"Pinocchio has lived through the centuries, a fable very close to my heart. We are very sure that this incarnation is particularly beautiful."