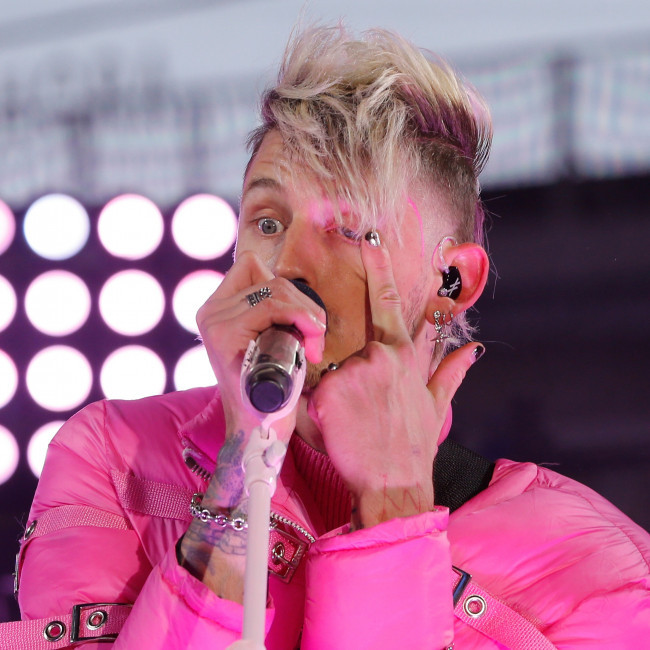 The 31-year-old rapper-and-actor - whose real name is Colson Baker - will play a troubled musician in director Tim Sutton's upcoming film, which had been titled 'Good News' but producers have now decided to give the project a new name following complaints that using the title of Mac's first posthumous single was "disrespectful".

Among the critics were Miller McCormick, who seemingly hit out at the film when he wrote on his Instagram Story on Thursday (01.07.21): "F*** you. F*** your movie. At least change the title."

In response, production company Rivulet Media pledged to change the title and insisted they hadn't meant to cause any offence as they viewed it as a "homage" to the late rapper, who died from an accidental overdose in 2018 aged 26.

They told E! News: "Our film is about a fictional musician on the rise with a troubled life.

"It's not in any way a biopic or based on any artist's true life. We realise the title, which was intended as an homage to Mac Miller, and other artists gone too soon, feels disrespectful. We've heard from many people on social media who have found offense with the title so, without hesitation, we will change it."

It was previously claimed the fictional tale has been inspired by late artists including Mac, Lil Peep, Pop Smoke and Juice Wrld.

Production on the project is expected to start later this month.

When details of the production were announced, the 'Bird Box' actor was hailed as a "rare talent" who Rivulet Media were delighted to have on board for the film.

The company's Rob Paris said: "Colson Baker is that rare talent who is ascending at an incredible pace both in film and music.

"He is exactly the kind of artist that Rivulet Media is looking to partner with and we couldn’t be more excited to support him on both fronts, especially with Tim Sutton’s powerful screenplay and vision, which are custom-tailored to Colson’s formidable skills.”