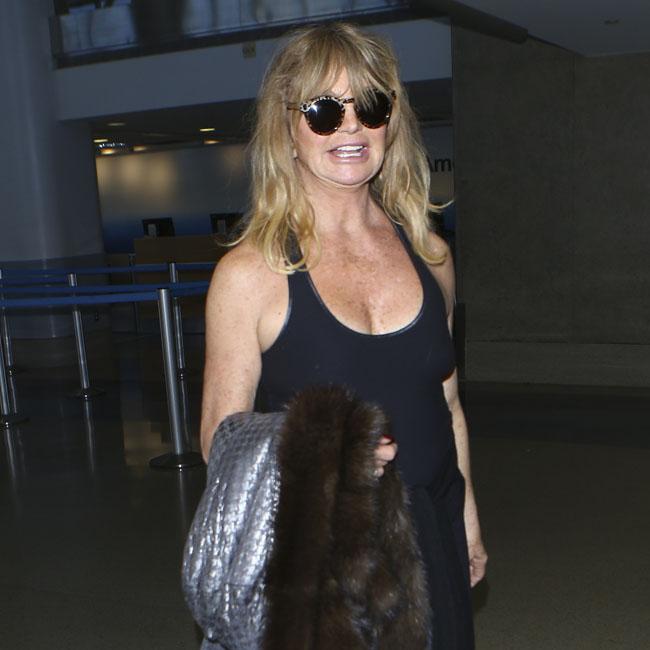 Although the 74-year-old actress is happy that the #MeToo movement is helping to change Hollywood and create a safer environment for women, she admitted that things were tough when she was first starting out.

Goldie told The Guardian newspaper: "Back then we had to make our way around the patriarchal society, how men, the culture and the world, looked at women. A lot of it could be sleazy. I went through that. A lot of it could be: 'You're powerful now; who do you think you are?' Some of it is stopping women from doing the things they want to do, and in relationships, making women feel bad about themselves."

Goldie surprised everyone in her fifties by taking a 15-year break from filming, making her comeback opposite Amy Schumer in 'Snatched' in 2017 and she said she was simply ready to move on.

The star explained: "I wasn't going to wait for a phone to ring. And I certainly wasn't going to continue to produce, because I produced for like 25 years and I didn't want to do that any more. I'd done it, I did it, it was done. Great, but now it's time to move on."

Instead, Goldie decided to focus on learning more about the human condition, which eventually led to her founding Mind Up, an evidence-based social-emotional learning curriculum for children from age four to 13 years.

She said: "My interests are vast and I'm fascinated with the human condition, spirituality and religiosity.

"Our children are now online, looking at things that their brains are not developed enough to understand. We have to know that we have to calm down so we can make great decisions. The Mind Up children have control over their own minds, their fear. They know what to do, to breathe and focus and do a brain break."