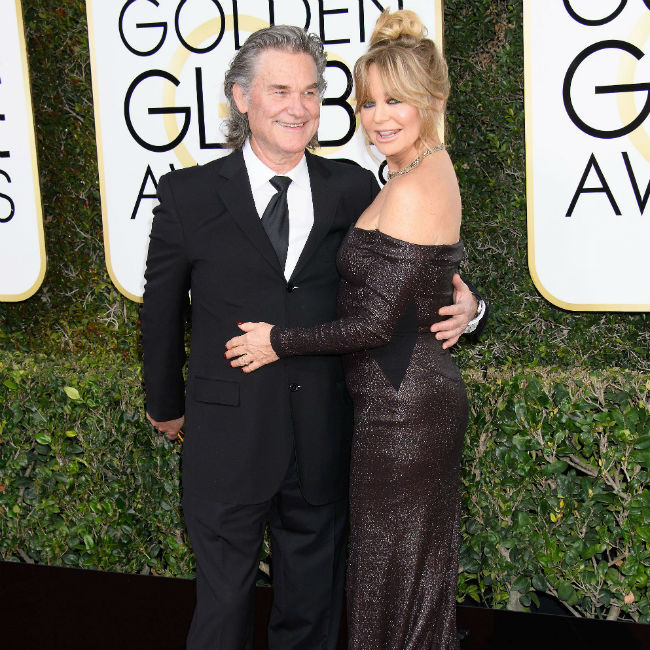 Goldie Hawn and Kurt Russell would love to make a movie which stars their “whole family”.

The couple have reunited on screen for the first time since 1987’s 'Overboard’ in festive flick ‘Christmas Chronicles 2’, but they’d love to take the collaboration further and incorporate the actress’ children - Kate and Oliver Hudson - and Russell’s son Wyatt into another film.

Asked about making a movie with the wider family, she told HELLO! magazine: "We have actually thought about it. And the idea makes us laugh.

"I'd love to do something with my kids and then there's the grandchildren too.

"They are all so talented, so there's the possibility of one day making a movie with the whole family. We'll see."

The 75-year-old star enjoyed making ‘Christmas Chronicles 2’ – in which she plays Mrs. Claus, the wife of Russell’s Santa – because she knows her six grandchildren will get to see it.

"I love the thought that they might one day grow up to like other things Kurt and I have done but right now it's fun to have them watch this and go to school knowing their friends have seen it too."

And the veteran actress admitted the role was a “gift” during the tough times of the coronavirus pandemic.

She added: “It felt right to play a role like Mrs. Claus at this time of my life, as a grandmother.

"It's a gift to personify such a kind-hearted, positive and magical person, especially right now."

Hawn has found it tough being separated from her grandchildren over the last few months.

She said: "My grandkids call me GoGo and they are like, 'GoGo, I wish I could just hug you.' And that is so hard.”