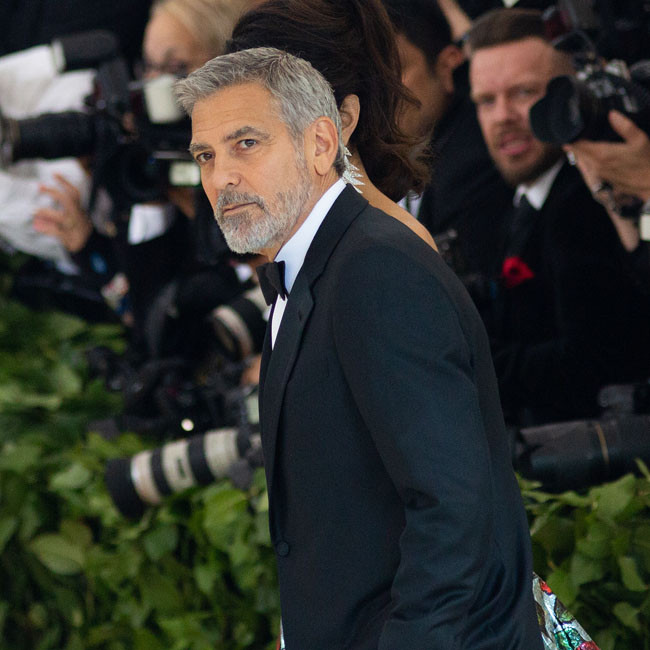 'The Midnight Sky' writer Mark L. Smith and George Clooney find it "bizarre" how relatable the movie has become.

The Hollywood actor directs and stars in the new sci-fi flick - which is based on Lily Brooks-Dalton's novel 'Good Morning, Midnight' - and he and the screenwriter noticed how the film's themes of isolation, loneliness, human connection and a natural disaster are more relevant than ever.

Speaking to SFX magazine, Smith said: "Oh, absolutely! Clooney and I, we've talked about it a lot. It's so bizarre.

"When we started this, the world seemed normal - I mean, as normal as it could feel, with everything going on politically.

"Then the pandemic hit, and it felt so similar. We were always dealing with an idea of environmental stuff as well, so that was always a discussion.

"But yes: it's very strange, and kind of eerie and sad, that in a way the world does feel familiar."

The upcoming Netflix blockbuster sees Clooney as a a scientist in the Arctic trying to protect a young girl while preventing a group of astronauts from returning to earth after a worldwide catastrophe.

The actor recently revealed how he and his collaborator were inspired by older sci-fi films rather than a "sharp" and "clear" style seen over the past decade.

He said: "We started to look at old astronaut footage and films like ‘Capricorn One’ that were shot on film, and there was a tremendous amount of grain to it.

"A big part of what we were doing was about reintroducing this grain and flare, the kind of things that gave it these imperfections.”

Clooney compared the movie to 'The Revenant' and 'Gravity', as he insisted the film lies somewhere between the two,

He added: "It’s two different worlds; we were basically saying we were going to shoot ‘The Revenant’ and stop, and then shoot ‘Gravity'.

"Usually, when space movies are shot, up is up and down is down, and that’s not exactly how it works. In ‘Gravity,’ the camera was constantly rotating.

"We wanted to keep the idea of the horizon being different, without making everyone throw up along the way."