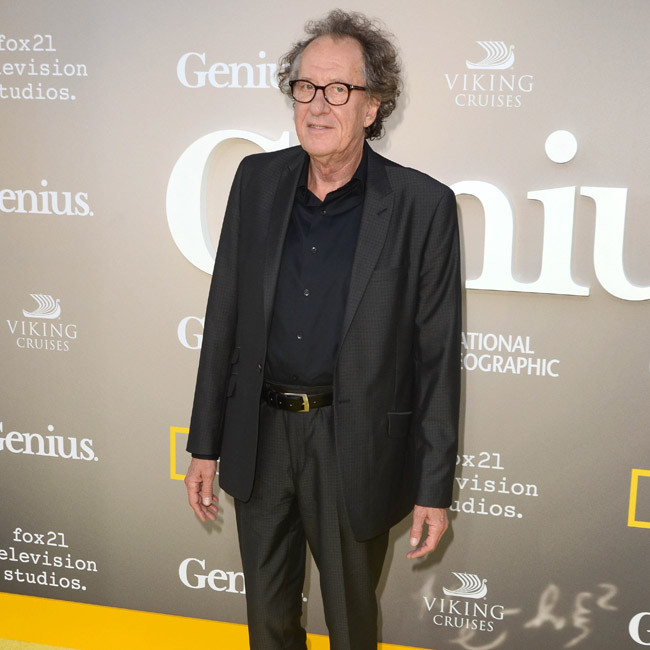 Geoffrey Rush is to play the legendary comedian Groucho Marx in 'Raised Eyebrows'.

The 70-year-old star will portray the iconic funnyman in a film based on Steve Stoliar's memoir 'Raised Eyebrows: My Years Inside Groucho's House'.

Sienna Miller and Charlie Plummer have also been tapped to feature in the movie, which is being directed by Oren Moverman from a screenplay he co-wrote with Stoliar.

The film is set between 1973 and 1977 and follows Steve (Plummer) as he enters Groucho Marx's house for his dream job of working for the aging comic under the watchful eye of Erin Fleming (Miller).

Fleming had taken over Marx's personal and professional life and the pair had a controversial relationship as she was his devoted girlfriend-turned-manager.

The power struggles result in a comedy of horrors in which obsession, love, celebrity, mental illness, family and Hollywood are taken to task in a 'Grouchian' manner.

The project is being produced by Moverman and Miranda Bailey for Cold Iron Pictures.

Oren said: "It's a pleasure and honour and a responsibility and probably something else to work with this amazing cast on a story I hope will reintroduce the genius of Groucho Marx in a new, provocative, entertaining way all these years later.

"Steve Stoliar has given the world incredible insight into a bygone era. Done right, we will screw it up royally."

Bailey added: "After many years diligently working to get Steve's brilliant, true story adapted for the screen, I'm thrilled that we found the perfect ensemble of actors to portray these rich yet complicated characters that Oren will, no doubt, masterfully bring to life.

"Even in a world that tells us 'never meet your idols', Steve's friendship with Groucho Marx, while filled with moments of heartbreaking humanity, proved to be an overwhelmingly positive and life-changing experience for him – an essence we hope to capture for our audience."