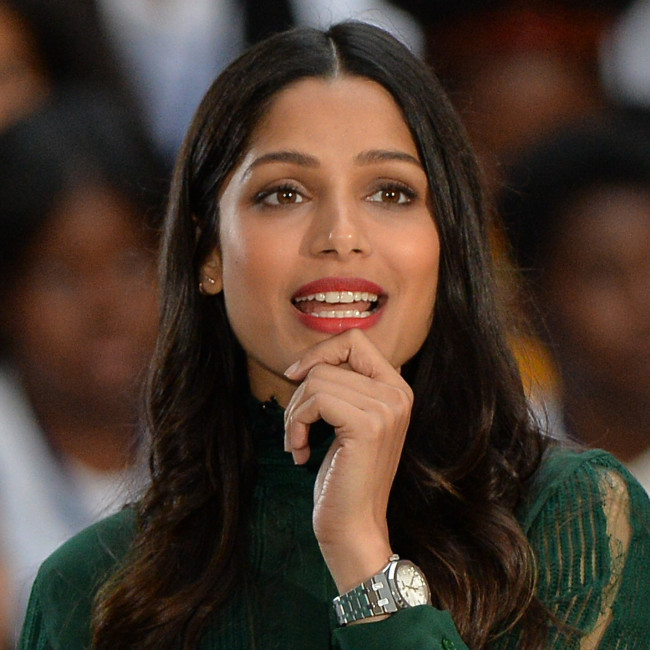 Freida Pinto says that 'Mr. Malcolm's List' represents London as it is today.

The 37-year-old actress stars as young woman in 1800s England helps her friend to get revenge on a suitor when she fails to meet his requirements for a potential bride but described it as a "diverse" version of 1990 comedies such as 'Bridget Jones' Diary' and 'Notting Hill', as well as being a period drama.

She said: "We represent London the way we see it today in this film by kind of throwing back to the recency period with the costumes and the mannerisms but really it's a marriage of the regency period with the 90s rom-com. That's how I see it, very 'Bridget Jones Diary', 'Notting Hill' and 'Four Weddings and a Funeral.'

The 'Slumdog Millionaire' star - who is married to photographer Cory Tran, 34, and has son Rumy Ray, eight months, with him - went on to explain that the film is "realy modern" but remains accurate as she insisted that black people existed in 19th century England and she is merely part of "telling their story" for the first time.

Speaking on the Jess Cagle Podcast with Julia Cunningham, she added: "So, in that sense, it is really modern but in terms of accuracy, in terms of 'Did people of colour exist in England in the early 19th century?' The answer is yes. But we've never told their stories of love and of heartbreak and of scheming and fun and humour before so this is us starting to change that and starting to see our stories out there as well."