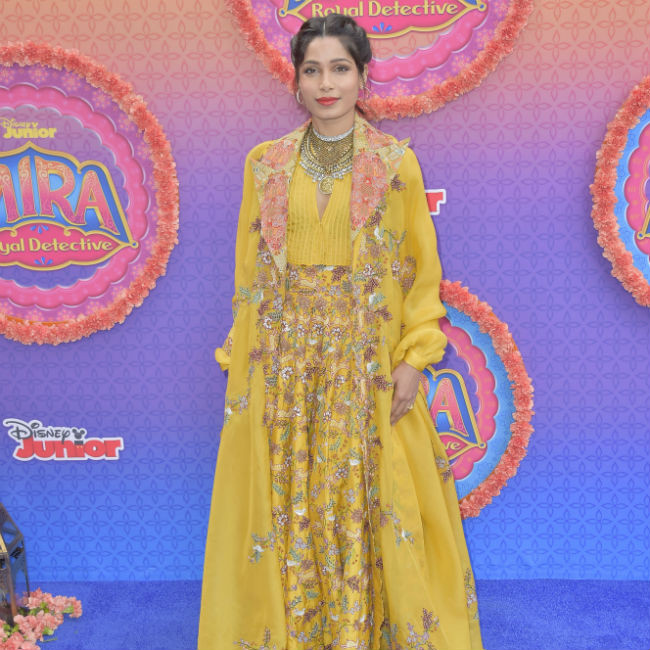 Freida Pinto was desperate to be in a Christmas film

Freida Pinto has "always wanted" to star in a Christmas film.

The 37-year-old actress plays music manager Megnah Rai in 'A Christmas Number One' as she looks to guide a failing boyband to a Yuletide hit and says she fulfilled a career ambition by starring in a festive flick.

Freida told the Metro newspaper: "I play a music manager on the hunt for a Christmas hit song. It's a romcom but it brings in quite a few other elements. It's funny and heartfelt. Our goal was to put smiles on people's faces and bring cheer to their lives.

The 'Slumdog Millionaire' actress also revealed that the 2006 movie 'The Holiday' – which stars Cameron Diaz and Kate Winslet – is her favourite Christmas movie.

Asked for her choice of festive viewing, the Indian actress said: "'The Holiday'. It's with Cameron Diaz, who doesn't seem to age. We were watching 'The Mask' the other day and I was like, 'How has she not aged one bit?'"

Freida was previously in a relationship with her 'Slumdog Millionaire' co-star Dev Patel and is proud to see how his career has progressed since their amicable split in 2014.

The actress – who married husband Cory Tran last year – said: "Look at the amazing strides Dev has made in his career – the first Indian-British guy to be playing David Copperfield. I mean, come on, that's huge! That's massive!

"And then I'm so excited about him in 'The Green Knight'. It's been a tough journey because you're constantly getting stares and glares, like, 'You want to play what?' I feel like we've earned it now."