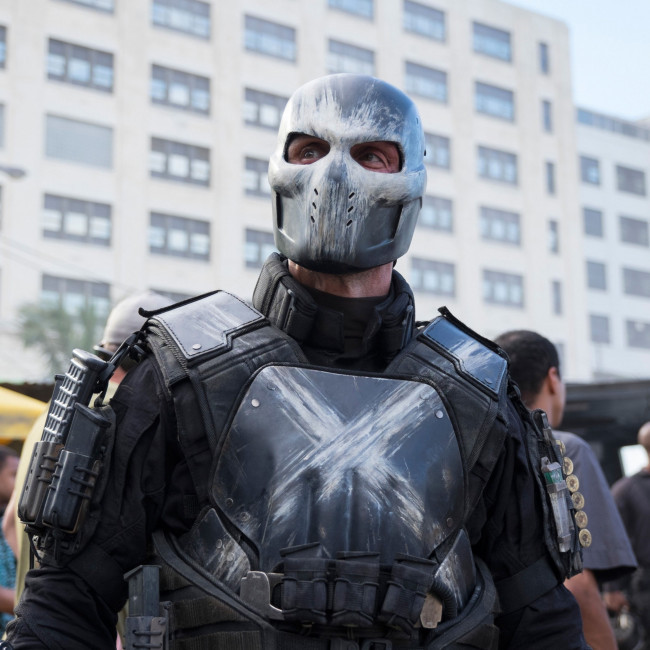 Frank Grillo was terrified to do a certain stunt for 'Captain America: The Winter Soldier'.

The 55-year-old actor played villain Brock Rumlow/ Crossbones and admits that it was only the enthusiasm of co-star Scarlett Johansson that persuaded him to do a stunt in which he dropped hundreds of feet for the Marvel Cinematic Universe movie's opening sequence.

Frank recalled: "We were doing Cap 2, Winter Soldier, and we were out in Long Beach on an aircraft carrier. So however many stories above sea level the boat is... it's like 150 feet up, right?

"There was a crane on the deck which was another 150 feet up, so you're probably 300 feet up from the water. And basically what we had to do was clip into the crane, and they dropped us so that it looked like we were flying onto the boat."

"And Scarlett Johansson said, 'Well I'm doing it!' So she went and did it, and then I had to do it. I think in the movie I fly in behind her. And she didn't, but I had s*** in my pants, because I was that afraid. And it was pitch black! It was night time."

The 'Black and Blue' star revealed that he is more comfortable doing traditional stunt work on film sets.