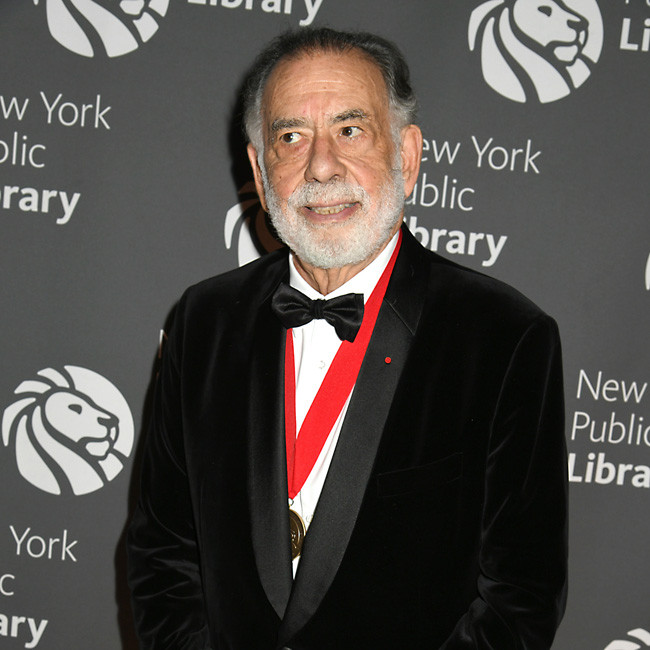 Francis Ford Coppola is eyeing an all-star cast for 'Megalopolis'.

The 'Godfather' director is willing to spend more than $100 million making the movie that has been in the pipeline for decades and is hoping that stars such as Oscar Isaac and Cate Blanchett come on board.

Francis also wants Forest Whitaker, Jon Voight, Zendaya, Michelle Pfeiffer and Jessica Lang for the proposed film and is also set to be reunited with James Caan, who played Sonny Corleone in 'The Godfather'.

He told Deadline: "I'm committed to making this movie, I'd like to make it in the fall of 2022.

"I don't have all my cast approved, but I have enough of them to have confidence that it is going to be a very exciting cast. The picture's going to cost $100 million to $120 million. Needless to say, I hope it's closer to $100 million.

"I'm prepared to match some outside financing, almost dollar for dollar. In other words, I'm willing to put my money where my mouth is."

The movie takes place in a modern city but the origins of the story are in Ancient Rome and Francis is confident that the flick will be different from everything else that is on offer in cinemas.

The 82-year-old filmmaker said: "This film I want to make, I believe is an exciting change from the kinds of movies being offered to the public.

"Mainly because it puts forward a fundamental message that it's time for us to consider the society we live in isn't the only alternative available to us. And that a utopia isn't so much a little experiment place in the country; a utopia is a discussion of people asking the right questions on just that subject, and if the society we're living in is the only alternative or, if for the sake of young people, there are better choices that should be discussed.

"Hopefully that is the influence I dream of this movie having. And for that reason I am willing and capable of investing at a high number, to make it come true. I'm putting together the means of doing that."