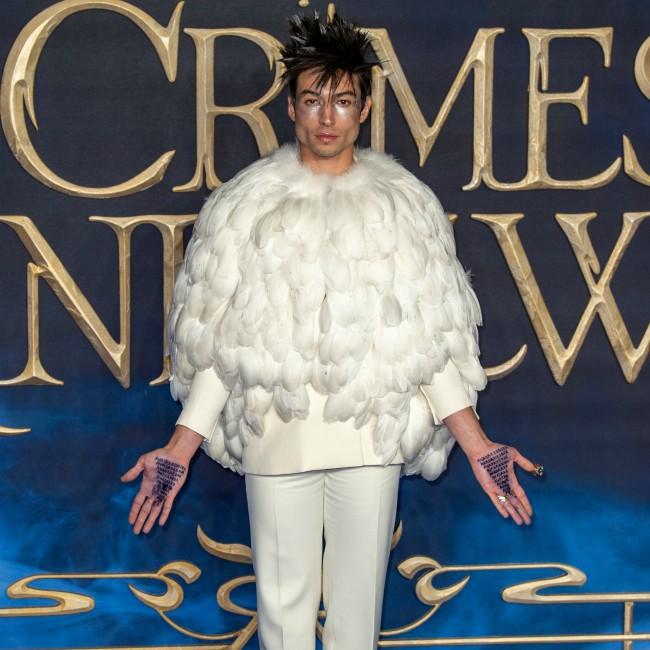 Ezra Miller is teaming up with Saul Williams and Lin-Manuel Miranda on a sci-fi musical.

The 'Justice League' star - who has formed new production company MartyrLoserKin with artist and musician Williams - is set to work on will upcoming project 'Neptune Frost'.

The movie will be directed by Williams - who will also co-produce alongside Miller - while 'Hamilton' creator Miranda is on board as an executive producer.

According to Deadline, the film will focus on an intersex African hacker, a miner, and the "virtual marvel born as a result of their union".

Pre-production on the project is underway in Rwanda.

'Neptune Frost' will be the first offering from MartyrLoserKin, which the duo plan to use to "create and proliferate works that dismantle conventional cinematic ideological frameworks".

They said in a statement: "[Our projects will] synergistically naturalise into this industry more poetic, queer, explorative, anarchic, diverse, subversive, non-binary, aboriginal, environmental, ecological and esoterically conscious content that will speak to both the times in which we live and the forces that seek to restrict them."

The news comes after the announcement that Miranda's acclaimed musical 'Hamilton' will be in cinemas across the world next year after producers landed a £58 million deal with Disney.

The film was shot in 2016 - two weeks before the original cast left the Broadway show - and is based on three live performances, and is set to be released in October 2021.

Once the production has had a cinematic release, it will then be added to the studio's new streaming service, Disney+.

Miranda took to Twitter to confirm the news, writing: "Disney presents: Hamilton. With The Original Broadway Cast. Filmed onstage at The Richard Rodgers Theatre. In A Theater Near You. October 15, 2021. #Hamilfilm (sic)."