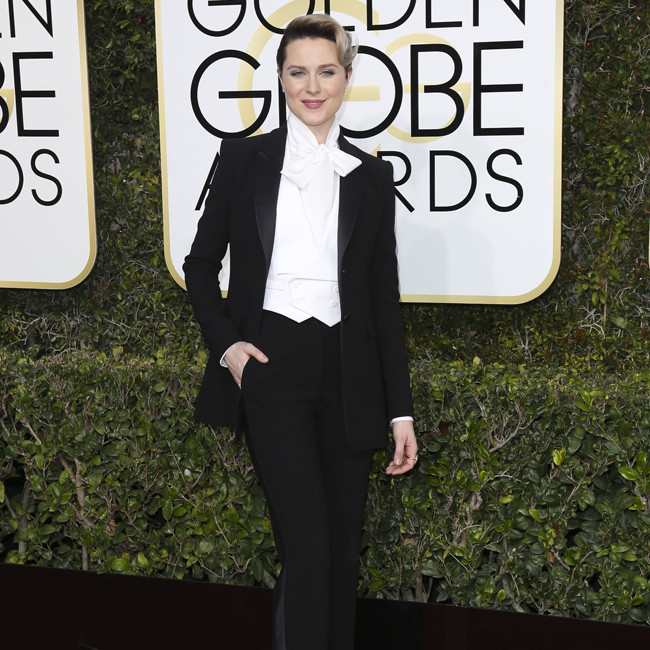 The 33-year-old actress and singer admits jumping into a film role helps to calm her battle with ADD - which stands for Attention Deficit Disorder, and is a neurological disorder which can cause difficulties with focus - because she “stops thinking” when she’s playing a character.

When asked what she gets out of acting that she doesn’t get from her day to day life, she explained: “I guess this goes for acting and singing, but I have ADD, so I’m always multitasking, and thinking about a million things at once. And I talk really fast, and I’m jumping around from topic to topic.

“When I’m acting, I’m not thinking about anything. It is, like, the thing that makes me stop thinking. And it is the time where I am the most present. Maybe not the most present, because obviously I’m playing different characters - but the time where it all fades away. And I think I can be very socially awkward at times.”

Evan says having a script to follow helps her let out her emotions “in a safe way” without feel social anxiety, because she can’t “say the wrong thing”.

She added: “When there’s a script and the words are there, and you know where the conversation is going to go, it gives me such freedom to feel and to let my emotions out in a safe way. I can’t say the wrong thing. My whole life - I mean, God, I’ve been doing this since I was five, Jesus - so my whole life it’s been this really therapeutic thing.”

The star’s latest movie, ‘Kajillionaire’, will be available on video on demand services on October 16, and Evan is hoping the Miranda July-directed flick will still “reach people” despite the setbacks faced by the ongoing coronavirus pandemic.

Asked by Variety magazine what it’s like to be releasing a movie amid the health crisis, she said: “There’s obviously some grieving there. I feel for Miranda - because, of course, there’s so many plans, and things that we wanted to do.

“It could also be a blessing; I mean, it might reach more people this way, I don’t know. It’s hard not to be disappointed.”