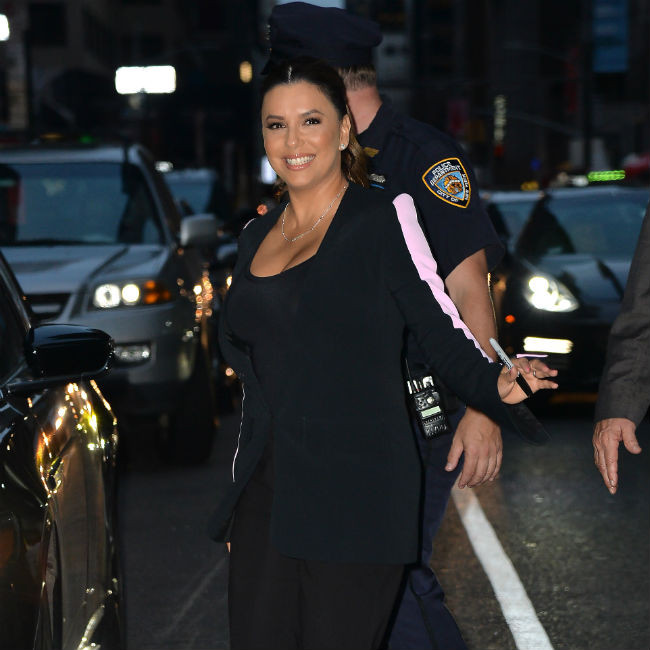 Eva Longoria to star in Unplugging

Eva Longoria is to star in 'Unplugging'.

The 45-year-old star has joined the cast of the comedy movie, and she is said to have replaced Isla Fisher in the lead female role.

Longoria will star opposite Matt Walsh, who co-wrote the film with Brad Morris.

According to Deadline, filming on the motion picture is underway in Oklahoma, and it will also feature Al Madrigal, Lea Thompson, Keith David, and Nicole Byer.

In the movie, Walsh's character Dan is inspired to take his wife Jeanine - who will be played by former 'Desperate Housewives' star Longoria - away for a "digital detox" after one of his pal's dies.

However, they meet up with some strange locals along the way, and are lost without any internet.

Despite this, the pair end up reconnecting.

Walsh and Morris will both produce the movie alongside Debbie Liebling, Kevin Matusow and Carissa Buffel.

It looks set to be a busy rest of the year and 2021 for Longoria, as earlier this month it was revealed she has joined Ice Cube in the cast of Universal's new sci-fi film, which is as-yet untitled.

The motion picture has been described as a grounded movie, similar to the 2009 film 'District 9', and is set to touch on themes such as privacy and surveillance.

Rich Lee will direct from a script by Kenneth Golde, and Patrick Aiello and Timur Bekmambetov will produce the flick.

It is thought technology developed by Bekmambetov was key in getting the movie into production, as it will allow a fully remote shoot with actors and crew working in isolation, amid the coronavirus pandemic.