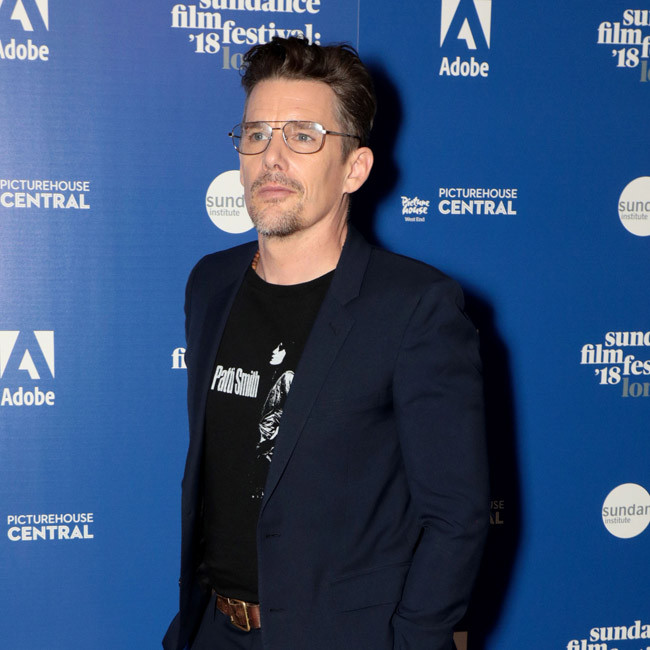 Ethan Hawke to star in war film Zeros and Ones

Ethan Hawke is to star in war movie 'Zeros and Ones'.

The 50-year-old actor will play an American soldier stationed in Rome as the city comes under siege with the Vatican blown up. He then embarks on a hero's journey to uncover and defend against an unknown enemy that is threatening the entire world.

Hawke will be joined in the cast by Cristina Chirac and Phil Neilson.

Abel Ferrera is directing and has also written the script for the flick. Diana Phillips of Rimsky Productions and Philipp Kreuzer from Maze Pictures are producing. Sean Price Williams is heading up the production team. Danny Chan, Brent Guttman and Don Young are serving as executive producers.

Christian Mercuri's Capstone Group will launch sales at the virtual American Film Market this week with filming on the project set to begin in Italy next month.

Ferrara said: "'Zeros and Ones' is a film of lockdown and war, danger and espionage, American soldiers, Chinese middlemen, Mid Eastern holy men, provocateurs, diplomats, rogue elements of the CIA and KGB. I cannot wait to roll the cameras next week in a way that is safe because this film was written during and with an understanding of the pandemic."

Mercuri added: "Buyers are hungry for compelling and original storylines in the hands of master filmmakers and ‘Zeros and Ones’ ticks all the right boxes. Coupled with world-class production values and locations that includes the eerie backdrop of present-day Rome which has a feeling of Paris at the end of WW2, this film is a package not to be missed."