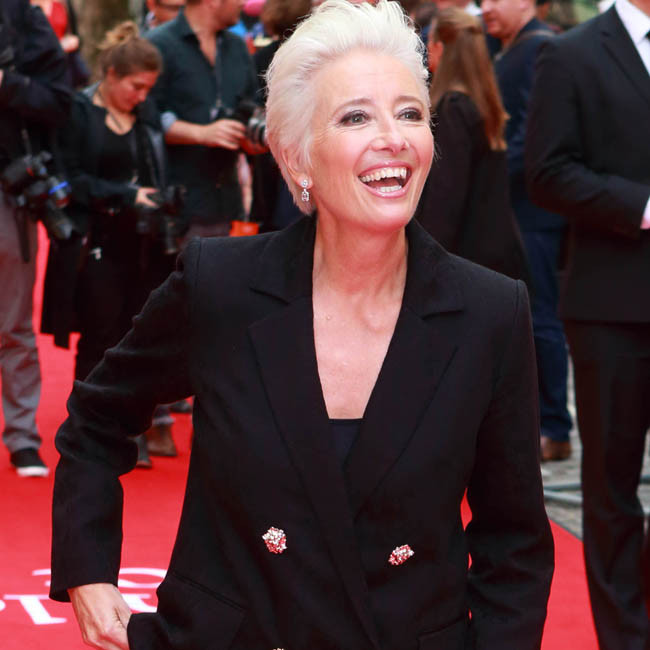 Dame Emma Thompson says her naked scene in 'Good Luck to You, Leo Grande' was "the hardest thing" she's ever done.

The 62-year-old actress stripped off for a full-frontal scene in the drama - which sees a widow hire a young male escort to help explore the sexual intimacy she was lacking in her marriage.

And the Academy Award-winner has admitted she found it challenging getting naked for the camera and highlighted how women have been "brainwashed all our lives to hate our bodies."

Speaking at a press conference for Berlin's Berlinale Special Gala, she said: “If I stand in front of a mirror, I’m always sort of pulling something, or I’ll turn to the side, I’ll do something. I can’t just stand there. Why would I do that, it’s horrifying.

“But that’s the problem, isn’t it, that women have been brainwashed all our lives to hate our bodies. That’s just the fact. And everything that surrounds us reminds us how imperfect we are, and everything is wrong with us.”

She admitted: “It’s the hardest thing I’ve ever had to do.

“So I really did something I’ve never done as an actor.”

Thompson encouraged the audience to “just accept” and “not judge” themselves the next time they see themselves in the nude.

Her latest comments on the subject come after the veteran actress recently discussed the "dreadful demands" placed upon women to maintain perfect figures.

She said: "Nothing has changed in the dreadful demands made upon women in the real-world world but also in acting. This thing of having to be thin is still the same as it ever was, and actually in some ways I think it's worse now."

The 'Cruella' actress shrugged off the idea of going under the knife and said it's a "very strange thing to do" when aging is "completely natural".

Asked if she's ever considered cosmetic surgery, she said: "Why would you do that to yourself? I simply don't understand.

"I do honestly think the cutting of yourself off to put it in another place in order to avoid appearing to do what you're actually doing, which is aging, which is completely natural, is a form of collective psychosis.

"I really do think it's a very strange thing to do."

Thompson explained she has "always" been against plastic surgery, noting she is against women being told what "to do" with their own bodies.