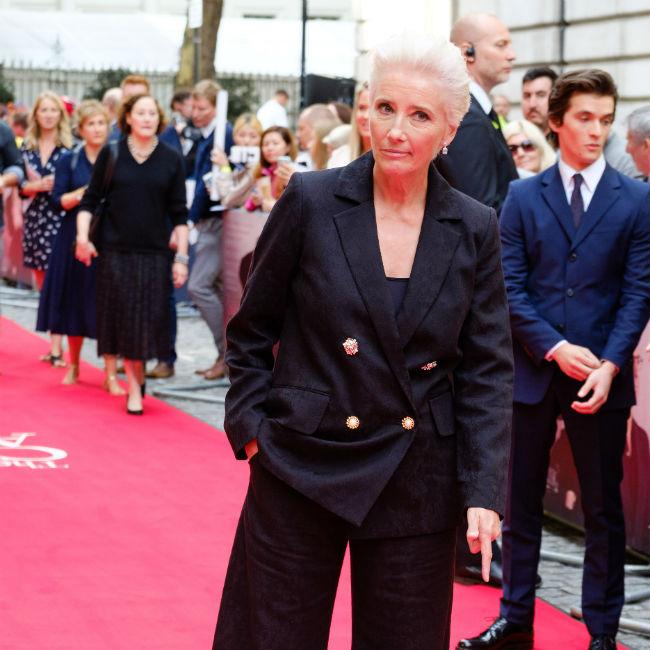 Emma Thompson got the late George Michael's blessing for her 'Last Christmas' film.

The 60-year-old actress penned the festive romantic comedy movie - which stars Emilia Clarke - around the singer's music and Thompson has revealed that before his passing, Michael was all for the movie and its social message.

Speaking on The Tonight Show with Jimmy Fallon, she said: "This wonderful producer, David Livingstone, said, 'Do you want to write a screenplay, a rom-com sort of thing, because we need a new Christmas movie based on 'Last Christmas,' and I said, 'Not really, because it's not my favourite Christmas song.' [But then] we found an interesting, sideways way of telling a different kind of story about the human heart ...

"[George] was just the loveliest guy you could imagine. [He loved] all of these themes in the movie; he was passionate about homelessness, and he had this great social conscience. I got really enthused and we started to write, and then - of course - he had that tragic early death in 2016, on Christmas Day. So we lost him, and I miss him so much. I wish he was here because I know he'd love it, because the film's like being hugged, and all of his music - we've got 15 of his songs, including a new one at the end - is so cool. 'Heal the Pain,' which is my favourite of his songs, it's like it was written for the movie. He said that."

'Last Christmas' will be released in cinemas on November 15.