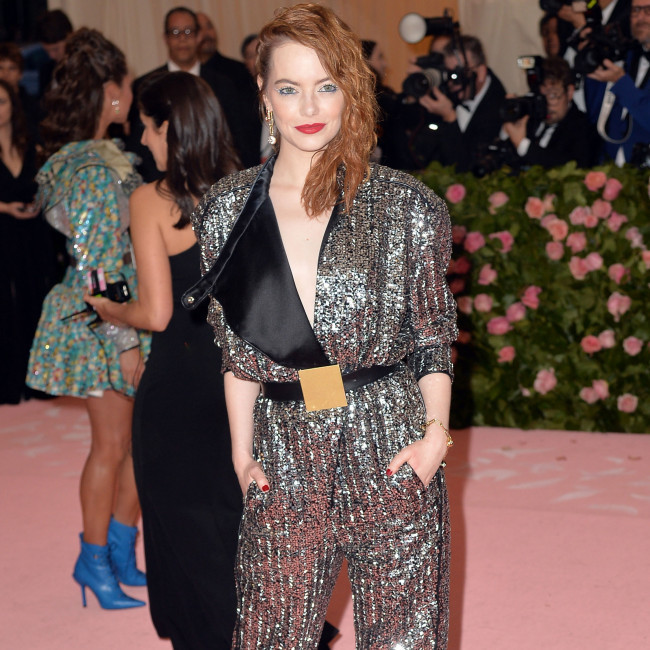 Emma Stone is to star in 'Poor Things'.

of the novel by Alasdair Gray which influenced by Mary Shelley's 1818 novel 'Frankenstein'.

Emma will play the role of Bella Baxter, who is described "a volatile, oversexed, emancipated woman and a female Frankenstein".

When she drowns herself to escape her abusive husband, Bella's brain is replaced by that of her unborn child.

'The Favorite' screenwriter Tony McNamara is also set to be involved in the new project. It is hoped production will begin in late 2021 with a release date eyed for 2022.

It is not the only take on the classic story of 'Frankenstein' as Scarlett Johansson is set to star in 'Bride' – a "genre-bending" exploration of the iconic character.

'Gloria' filmmaker Sebastián Lelio is to direct the movie, which he has been writing with Lauren Schuker Blum and Rebecca Angelo.

In a statement, Scarlett said: "It is long overdue for Bride to step out of the shadow of her male counterpart and stand alone. Working alongside Rebecca Angelo and Lauren Schuker Blum, Sebastian and I are extremely excited to emancipate this classic anti-heroine and reanimate her story to reflect the change we see today."

The movie follows a woman who has been created to be an "ideal wife" but when she rejects her "brilliant" creator, she has to flee her confined existence into a world that regards her as a monster.

But while she's on the run, she discovers her "true identity, her surprising power, and the strength to remake herself as her own creation".