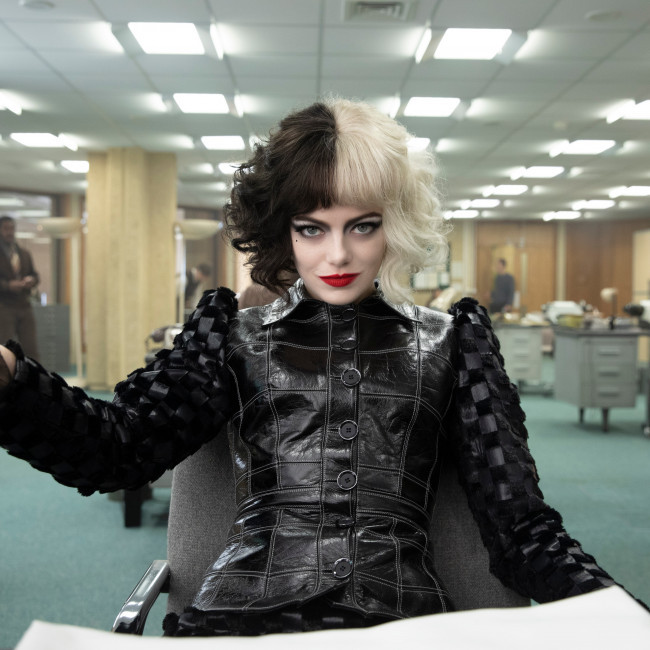 Emma Stone believes the 'Cruella' costume designer and hair and make-up artist did "at least half of her job" for her in the movie.

The 32-year-old actress portrays Estella "Cruella" de Vil in the '101 Dalmatians' prequel, and she admitted a huge part of the aspiring fashion designer character was about what she was wearing and her look, so she has credited the behind-the-scenes team for their hard work.

She said: "Jenny Beavan, our costume designer, has been doing incredible work for so many years, and so has Nadia Stacey, who did the hair and make-up.

"This film in particular, of all the films I've done, it felt like the three of us were sort of creating the character together.

"Without that outside version of Estella/ Cruella, especially as she is a designer, so so much of what she feels internally is expressed through her clothing and her hair and make-up, they were doing that work for me.

"That was nothing I could've ever come up with as an actor, so they did at least half of my job for me, for sure.

"And they just crushed it. It was so much work on both of their parts."

Stone admitted it was "wild" having to change up her look to portray Estella - who goes on to become the evil, Dalmatian fur-loving criminal Cruella - so often, but she found it "exciting" working with such talented artists.

Speaking on 'The Jess Cagle Podcast', she added: "There were over 40 looks for Estella/ Cruella, it was just non-stop. It felt like every single day.

"There were days when we were switching four times, it was wild.

"But they were incredible. It's exciting to work with artists like that."