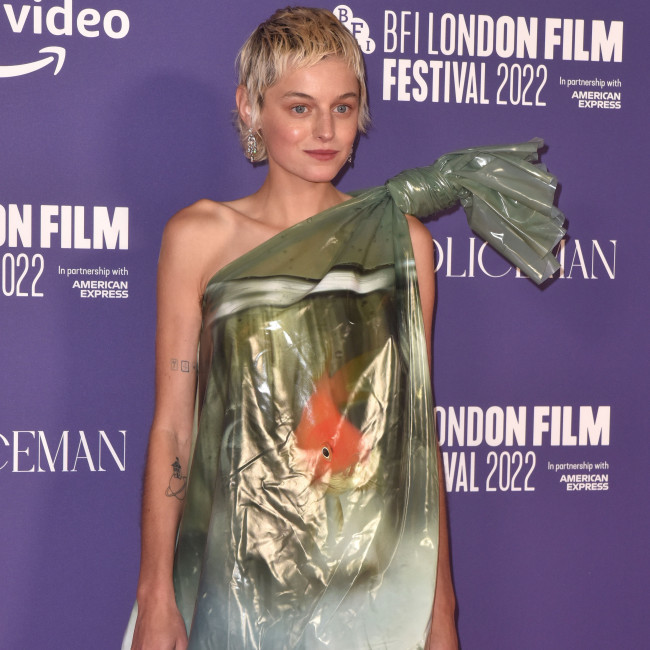 Emma Corrin and David Dawson were "scared s*******" about sharing a recording studio with Harry Styles as they worked on 'My Policeman'.

The pair feature alongside the pop star in the romantic drama film and recalled the pressure of making music with the 'As It Was' hitmaker so the trio could bond for the project – where they share intimate scenes together.

Speaking at a screening of the movie in New York City, David said: "The first time the three of us got together, we were thrown into a sound booth. We got around the piano and we had to sing for each other, and that was a really clever way of breaking the ice."

Emma added: "Like a recording studio. Which is Harry's natural habitat, but we were both scared s*******."

The film is set in 1950s Brighton and follows the complicated love triangle between the closeted gay policeman Tom Burgess (Styles), schoolteacher Marion Taylor (Corrin) and museum curator Patrick Hazlewood (Dawson) and Emma was grateful to have plenty of time to rehearse for the picture.

'The Crown' star – who came out as queer last year and later revealed that they are non-binary and use gender-neutral pronouns – said: "We were really lucky because we had about three weeks of rehearsal time before we started shooting, which is incredibly rare.

'My Policeman' highlights how homosexuality was illegal in Britain during the 1950s and Dawson revealed how he approached playing a character during the era.

The 40-year-old actor said: "I have a man who's very special to me who I worked with years ago, and became close friends with him. He used to tell me a lot of beautiful stories of him growing up as a gay man during this period."