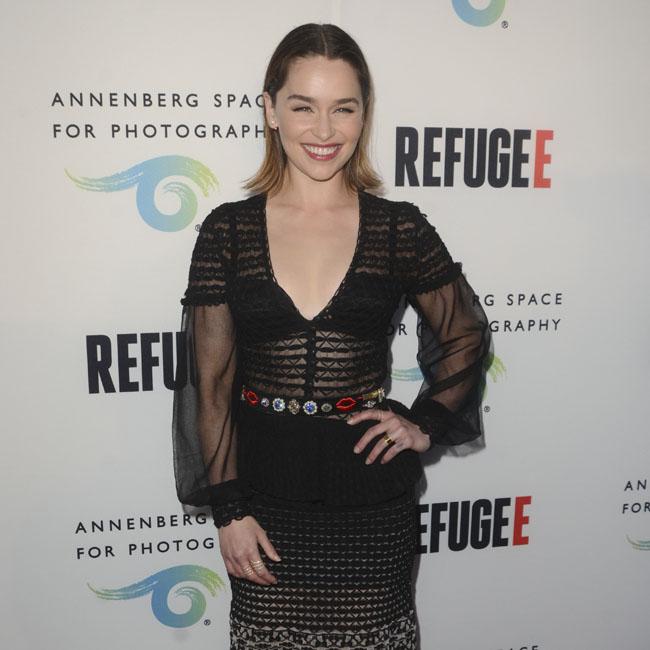 The 'Game of Thrones' star is a huge fan of the 007 franchise and she would relish the chance to be the first woman to portray spy once Daniel Craig hangs up his tuxedo and leaves the franchise.

When asked if she would play Bond, Emilia said: "Yeah! Of course! Hell to the yeah! James Bond is one of those franchises where it's never not cool. You could literally make the naffest James Bond in the world and it would still be cool."

Emilia, 33, can next be seen in festive film 'Last Christmas', which features the music of Wham!, alongside Henry Golding.

The 'Crazy Rich Asians' star has surprisingly seen himself be tipped as a future 007 but he is rooting for Idris Elba to get the job.

In a joint interview with Empire magazine, Henry said: "I think there's a tremendous amount of space for a new reinvention of Bond. I think it's healthy to have those types of conversations. I'm rooting for Idris. I want to see him."

However, the 32-year-old actor admits he would take on the role - which has always been portrayed by a Caucasian man in keeping with the character created in Ian Fleming's books - if it was offered to him.

He said: "I think for any actor any franchise as big as that is a gift. I think the people, the creators behind it, have always brought something ... so ... um ... yes."

Henry has "always wanted" to star in action films and is looking forward to getting to work on his next project, 'G.I Joe' spin-off 'Snake Eyes' which will see him play the title character, a trained ninja who ends up a key member of the Joes.

He said: "My next film is more of an action film. And that is something I've always wanted to do."